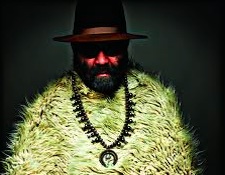 Description: Otis Taylor has been brewing his own unique brand of music for more than a decade. He mixes roots and blues with funk rhythms. His dark, swirling orchestrations create a unique and hypnotic mix. Thanks to Immersive Studio's Mike Yach and Airshow Mastering's David Glasser, all the subtleties of Taylor's dense and rhythmically complex music come through with clarity and a sublime sense of presence. 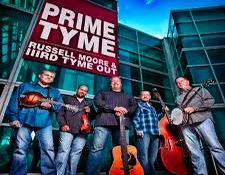 Description: On their sixteenth album in twenty years IIIrd Tyme Out reaffirms their place in the bluegrass firmament. With three accomplished soloists - Wayne Benson on mandolin, Steve Dilling on banjo, and Justen Haynes on fiddle the instrumental breaks are scintillating. Vocals, lead by Russell Moore's clear tenor, are equally adept. Their version of Willis Alan Ramsey's "Goodbye to Old Missoula" ranks as the best cover of this tune I've heard. Their take on "Gonna Lay Down My Old Guitar" rivals Tony Rice's classic version. 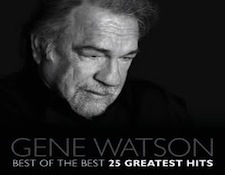 Description: The term "authentic country" gets bantered about a lot, but rarely will you hear another artist who deserves the term as completely as Gene Watson. In 1964 Watson began his career with the Wilburn Borthers, but soon returned to Texas to work as an auto-body repairman while doing weekend gigs. In 1975 Capital Records released the first of Watson's two-dozen top-10 country singles. On "Best of the Best" Watson re-recorded his favorite hits with a bunch top-tier Nashville musicians. The results sound modern while retaining the feel and sentimentality of the originals. You want real country? This is it. 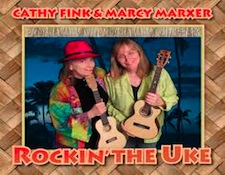 Description: If the word "uke" conjures up nothing but images of hula girls and brightly flowered shirts, you've never heard Cathy Fink and Marcy Marxer play ukulele. They play jazz and swing standards on their ukes. And unlike the plink-plink and raspy strums that passes on most recordings as the sound of a uke, here ukuleles sound as harmonically rich and nuanced as jazz guitars (which they are both also equally adept at playing.)  Marxer's solo showpiece, "If I Had You," reveals the range of tone and subtlety that a uke can produce in the hands of a master.

Description: With his lilting voice and prodigious guitar chops Martin Sexton has developed a well-deserved following in both folk and jam-band circles. On his latest five-song EP Sexton includes four new originals as well as one absolutely killer cover. I predict his Original, "Happy Anniversary (Six Years)" will make many folk's most requested lists. But Sexton's version of Steve Still's "For What It's Worth" is the star on this EP. Magnificent guitar coupled with clever rhythmic twists put Sexton's take right up with Still's original. 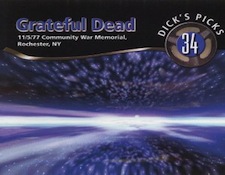 Description: As you may surmise from its title, this is the thirty-sixth installment in the series "Dick's Picks," which consists of concerts recorded by "tape heads" at Grateful Dead concerts. Mastered from the original ¼" 7.5 ips tape taken from the mixing board, the quality is good, but not great, with limited dynamics and somewhat truncated frequency extremes. But the overall sound is clear and well defined with only the occasional glitch. The performances are classic Dead complete with moments of brilliance nestled in-between the jugband drudgery. On this version of "China Cat Sunflower" you can really hear Bob Weir's brilliant and complex rhythm guitar work.