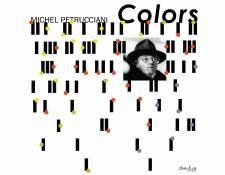 Back in the day when I first started hearing people talking about this amazing French pianist named Michel Petrucciani I was in the midst of much career growth and life turmoil.  I'd just graduated from college, was beginning a hectic career in New York and living the life.... had a band going and a first love..... Things were good. Eventually I made the inevitable move from Manhattan and the cross country track to California where I've been since 1988... So it's not entirely surprising to me when looking back in 2020 hindsight -- when I realize some things fell through the cracks.

With regards to Michel Petrucciani's music, there is a fine new two CD compilation out from BMG which goes a long way to filling in those gaps for me.  Called Colors, the set provides a much-needed and handy retrospective on this fine pianist who died far too young at age 36.  With a pianistic style that fell somewhere in the grand spaces between Chick Corea, Vince Guaraldi, Les McCann and Ray Bryant, Petrucciani was also a great composer. 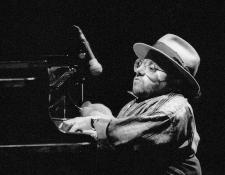 It is this latter area which was the biggest surprise for me as there are some genuinely lovely and memorable melodies on Colors. Whenever I heard about Petrucciani, most people just talked about his dexterity -- he could play plenty fast! But, for me, the big distinction here was his gift for crafting a melody.

Some of my favorites thus far on Colors include the album-opening title track. I love "Rachid," a live duo piece featuring jazz organist Eddy Louiss. "Cantabile" is a neat suite-like piece with a 40 bar repeated line (yeah, I counted) amidst the solo --  a very rock 'n roll thing to do in a jazz recording. On this set you even get one rare track, "Montelimar," which had previously only been available as promotional single. 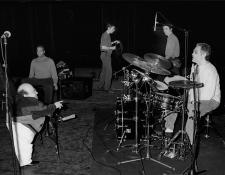 Overall the sound on this two CD set is quite good, if a bit stripped down in its presentation -- at times the recordings sound not as lively as I might hope, especially with regards to how Mr. Petrucciani's Piano was recorded. Colors overall features a very direct Piano sound without much in the way of studio ambiance and coloration. I suspect it was a stylistic choice by Petrucciani and his producers as even some of the live recordings have that plugged-into-the-mixing-board flavor.

Several of the full band tracks -- such as the soaring live recordings of "September Second" and "Cantabile"-- do have a fuller sound to the recording which includes the air of the room around Steve Gadd's drums and Anthony Jackson's Bass. "Charlie Brown" is another real good sounding recording with Dave Holland on Bass and Tony Williams on Drums as well as The Graffiti Strings Quartet -- to my ear, it is in many ways a modern homage to the music Vince Guaraldi (who wrote all the memorable music for the Peanuts TV shows). 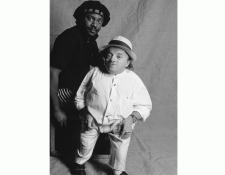 The only nit I have with the mastering production on Colors as a collection is that there are some jarring transitions between tracks due to lack of smooth fade ins on some tracks. That could have been finessed a bit more sweetly.

Nonetheless, Colors is a good introduction to Petrucciani's music. For those of you who are streaming music fans, you can find colors in CD quality on Tidal (click here) and Qobuz (click here)

I am grateful Colors has been released as it has opened my mind to Petrucciani's universe.