Mending A Broken Heart: A Farewell To Emitt Rhodes (RIP) 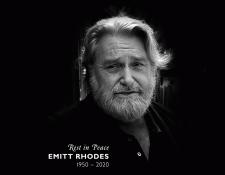 The news came about hard late this past Sunday afternoon. It was my birthday, July 19th, 2020 and Emitt Rhodes had passed away at age 70. More than anger, I immediately flashed back to an underlying sadness I'd long ago reconciled, a sorrow for the man who had everything going for him when a string of events conspired to bring down his star.

"A diamond necklace played the pawn

Hand in hand some drummed along

To a handsome man and baton" 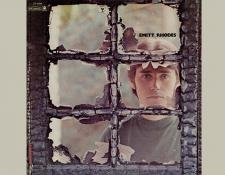 In 1967, the sparkling teenaged Emitt Rhodes was a rising star in the LA music scene. He appeared on TV shows like The Hollywood Palace and American Bandstand with his band The Merry Go Round. Later, his debut 1970 album on Dunhill Records established his genius reputation; it was considered by many to be a better first solo album than Paul McCartney's (and in 1970 that was big praise). There is even a documentary about him called "One Man Beatles."

I have been a fan of Emitt's music since that first Dunhill solo album's release. I was maybe nine years old. I have written about him numerous times over the years including his fantastic 2016 comeback, Rainbow Ends, produced by Chris Price (click here for that). 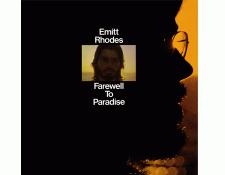 My journey into Emitt fandom began when The Beatles' Let It Be album was released in 1970. Around that time, one of my older brothers had joined The Record Club of America, then one of the better mail-order sellers.

I was a huge Beatle fan and rather than go to the record store, for some reason I wanted to try the record club. My brother helped me place the order for Let It Be (with my own money I'd saved up). The day the album arrived, I ripped opened the package only to be shocked to find an Emitt Rhodes album inside -- the first one on Dunhill Records! It also contained a letter from the club explaining that there was such demand for Let It Be, they were backordered so they would send it to me in a few weeks. 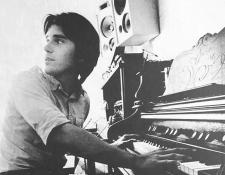 Instead of keeping me waiting, however, they sent Emitt's album gratis as they thought I might enjoy it in the interim. So, yeah, I got Emitt's album for free (great for me, not so great for Emitt, I realize in retrospect).

I remember being very upset. I cried even. My brother convinced me to "give it a try" as I might like it.

We listened. And, it quickly became a favorite. That album helped open my mind and stirred my passion for new music influenced by The Beatles. Emitt helped me move on after The Beatles split up was announced. Emitt led me to Badfinger, Todd Rundgren and the ELO universe, The Raspberries, XTC, Big Star, The Flames, 20/20 and Elvis Costello and so many more artitsts. 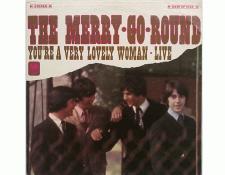 For decades, I knew few people familiar with Emitt's music but in the past 20  years that has happily changed as new generations have discovered him.

I'm sure there are multiple sides to the story as to what happened to Emitt back in the day. On a basic level, I do wonder how people in the industry slept at night? How could they set such unreleastic contractual expectations that would challenge even a well-funded full band, much less a one-person, self-produced solo artist?

Where were the heroes to step and and say "no" to crafting unfair business deails, forcing artists to sign contracts that ultimately helped tear apart bands like XTC and artists like Emitt?  Some, like Bruce Springsteen, found their way out of that sort of darkness. Others were less lucky. 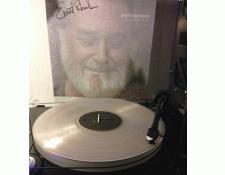 I know that some of his friends tried to help Emitt make music in his later years (as shown in the One Man Beatles documentary). In more recent times, Chris Price seems to be the one who fully gained Emitt's confidence to complete the brilliant Rainbow Ends record. But perhaps even then Emitt wasn't fully ready to jump back on the music industry merry go round (if you will).

There was supposed to be -- and sort of was -- a live performance by Emitt to support his last album. I made the pilgrimage to The Grammy Museum in Los Angeles for a celebratory launch event where Emitt was to play some of his music backed by Price and the band that helped make Rainbow Ends. 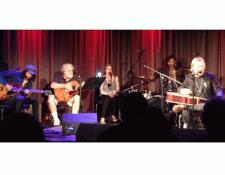 At show time, Emitt was there but was clearly not ready. They said he had a sore throat, which perhaps he did. But he also seemed rather unsure.

Not that I cared, but he appeared on stage in his by-then trademark beige shorts, Izod-type shirt and white tennis sneakers. He didn't seem to want the spotlight.

Instead, Chris Price led the band through the songs, singing all the lead vocals. They sounded fantastic. Emitt strummed an acoustic guitar. Initially disappointed, I soon got into the spirit that perhaps this concert was a kind of grand therapy for Emitt. Maybe he would rebuild his confidence feeling the audience's love and rapturous applause. I hoped there would be a future show, perhaps a tour... 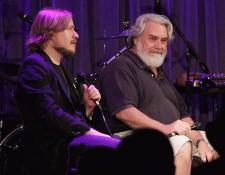 As far as I know, another concert never happened.

"The music hall is a costly bow

The music all is lost for now

To a muted trumpeter swan

Lately I've been thinking about Emitt relative to Brian Wilson, whose story was no doubt different yet there are curious parallels. 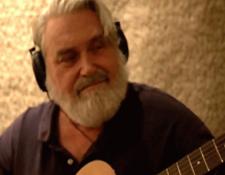 After 1967, Brian shut down due to combination of internal and external forces, from his unknowingly impossible-at-the-time artistic aspiration (ie. SMiLE) and escalating business pressures to other external influences (do watch the film Love & Mercy if you haven't seen it).

Brian's tragic story ultimately has a happy ending. Emitt's tale, not so much, it seems. Reading between the lines of his lyrics, I suspect Emitt's biggest ailment was a broken heart.

Some of you may have noticed that I have been peppering this reminiscence and tribute to Emitt with quotes from Brian Wilson's song "Surf's Up," with its beautiful art lyrics by Van Dyke Parks.Taken admittedly out of context, many of the lines which I formerly always only considered in Brian's light now seem to sync up with Emitt. 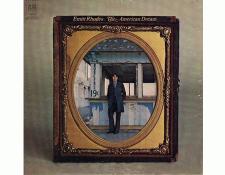 "The glass was raised, the fired rose

The fullness of the wine, the dim last toasting

While at port adieu or die"

Every time I play "Surf's Up," this line hits me like a gut punch:

"A choke of grief, heart hardened I

Beyond belief, a broken man too tough to cry" 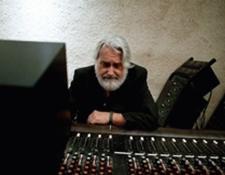 We may never fully know what happened with Emitt's life and career. Thankfully we have his four official solo albums of music, six if you count the The Merry Go Round record and American Dream, made up of demos and unreleased band tracks. Maybe one day we'll get to hear more of the music Emitt was making in his studio.

Aboard a tidal wave

Come about hard and join

The young and often spring you gave 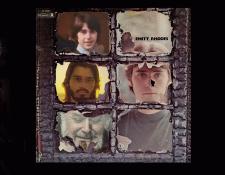 I heard the word

Thank you for a lifetime of inspiration, Emitt.

We won't forget you.