Change sucks, folks. But, change is something we usually can't control. Time marches on. Our favorite artists stop recording or pass on. Their music lives on but apart from archival releases, there is no new music from that particular voice. 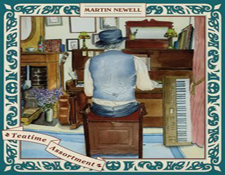 Fortunately, there is this longstanding tradition of passing the torch to future artists to enlighten and inspire future generations. Rimsky Korsakov to Stravinsky; Beatles to ELO to Elvis Costello; The Kinks and The Move to Cheap Trick and Pugwash -- music evolves, recombines and turns into something different and new, yet somehow familiar.

Still, there are so many people I've met over the years who dig their heels into the ground, put their head in a hole in the ground while saying "I'd rather listen to my original records by The Beatles!"

And I understand and respect that attitude in concept... I once felt that for a fleeting moment at the dawn of Punk and New Wave... but then I heard Elvis Costello's first two albums and realized (a) The Beatles were never coming back and (b) there was GREAT new music to be heard that was influenced by my very same musical heroes... 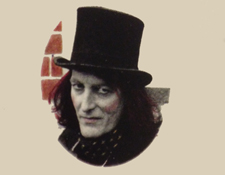 So it was at that point I dove head first into the swimming pool of next generation artists and I really haven't looked back since....

Still... I feel sad for those folks who go through life with sonic blinders as they are missing out on some amazing music by great bands and artists such, from Fleet Foxes, The Futureheads and Matthew Sweet to Guided By Voices and Martin Newell.

Martin who, you ask?

Yah, I knew you would stop me at that one.

Most people don't know about Martin Newell even though he put out one of the most wonderful slabs of viny... er.... shiny aluminum and plastic in the mid - 1990s called The Greatest Living Englishman, recorded with Andy Partridge of XTC fame.

Why that album has not been reissued on vinyl, I do not know. Its a fabulous listen with infectious and poignant songs, all delivered with decidedly British flair.

And at present it is still only on CD if  you can find it....

Other recordings from Mr. Newell's past band Cleaners From Venus have been reissued in nice box sets and individual wonderful long playing vinyl records. 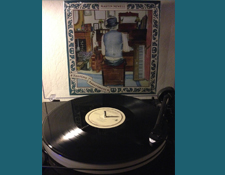 And most cool is that Newell has recently issued a NEW album of NEW music called Teatime Assortment.   And like his other albums, it is a sprawling affair -- this time spread across two nice dark, dead quiet, perfectly centered vinyl records.  And like his other albums, it is chockfull of songs influenced by the heyday of British pop music in the 60s, those jangly guitars and decidedly British harmonies ala The Kinks, The Hollies, The Beatles and even some early Who.

But... of course, there are those of you who will still say at this point (rather grumpily, I suspect):  "I'd rather listen to my old Kinks albums."

Y'know what? Martin Newell probably still enjoys listening to his old Kinks albums too. I know I do! But that doesn't mean you can't enjoy new music that is influenced by The Kinks, The Beatles and perhaps Paul Revere & The Raiders!

That is one of the joys of listening to 2nd, 3rd and 4th generation bands like The Cars, The Knack, Fountains of Wayne, Pugwash and so many others.  You get to hear the influence traced down through the generations...

I view this as a kind of a game of musical genealogy, really.... I love playing "spot the influence." 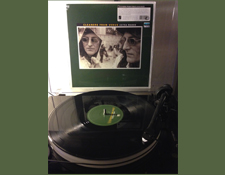 That said, Newell's Teatime Assortment certainly crosses many T's and dots many I's of the British pop music cannon, but that is central to its charm. In his traditionally home brewed indie-flavored quasi-lo fi / hi fi recordings, he delivers the essence of British pop while making new statements along the way. New hooks revisit sparkling charms from the past to make something new and beautiful.

Its the same on his original Cleaners from Venus recordings: soaring melodies, bright harmonies and 12-string electric guitars that evoke The Byrds and The Beatles in a single bound.

Its fun! And its something new to enjoy between the buttons of your old favorites.