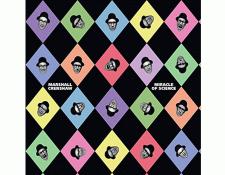 In 1982 a musician burst on the scene with an album on Warner Brothers Records that was so near perfect it prompted the owner of a favorite local NJ record store (who was a huge Elvis Costello fan) to proclaim to me that it was better than Elvis's debut. Indeed, My Aim Is True might be a distant uncle to Marshall Crenshaw's first, but the two are literally oceans apart.

Ironically enough, Elvis came from Liverpool, England, birthplace of the Beatles while Crenshaw had his musical birthing in the New York area as part of the first great Beatles tribute show "Beatlemania" - he was an understudy in the original production and eventually was in the national touring company playing the John Lennon role. That he was able to transform himself from a theater performer into a bona fide pop star on a major label itself is remarkable. 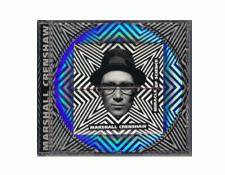 His first couple of records were excellent but by the mid 1980s his career got somewhat derailed by changing musical tastes and production styles the label thrust upon him. I admit I lost interest after several disappointing albums beyond those first two.

Fast forward to the mid-1990s and we found Crenshaw re-emerging with a fine new album (only on CD then, packed in a genuinely groovy looking near psychedelic cover) called Miracle of Science. It was, in many ways a total return to form, stripped back to focus on his great song-craft and charming pure pop for then people vibe. Issued on the independent Razor and Tie Records label, Miracle of Science created a justifiable buzz and he's kept growing from there...

Fast forward to January of this year, Crenshaw has re-purposed and reinvented this album for a new era of vinyl collectors and listeners. The new edition has a fun look that echoes the original release, colorfully repurposing some of the nifty CD art. 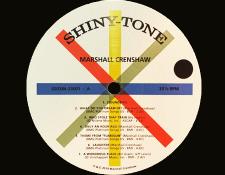 I always liked Miracle of Science and am happy to see it back in the limelight. Old school Crenshaw fans whom may have missed this back in the day should listen.  Miracle of Science is a fun record, combining Crenshaw originals with choice covers (which are so good they may make you want to look up the originals). The music sounds wonderful and very organic, like those early singles, B-sides and the first two albums.

Some of my favorite tracks on the album include the opening track, "What Do You Dream Of?" followed by Hy Heath's "Who Stole That Train" -- this is as great a one-two album opening punch as any one could hope for, the latter with some killer slide and lap steel guitar work by Pat Buchanan.

"Laughter" underscores just what a great songwriter Crenshaw is, with its off-kilter beat driving a strumming acoustic guitar churn and piercing electric guitar signatures dancing around an earworm-worthy melody that is as moody as it is hopeful. "Starless Summer Sky" is one of those effortless Crenshaw feel-good pop gems which could have been on either of his first two albums 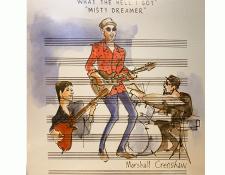 But wait... there's more! Packed inside Miracle of Science vinyl you get a bonus 45 RPM single in LP with two unreleased tracks: "What The Hell I Got" and "Misty Dreamer." The latter feels almost like a lost Emitt Rhodes track! (click here for the official video) It even has a picture sleeve -- fun!

The new edition is on Crenshaw's own "Shiny-Tone" label which pays homage to the old late 50s Roulette Records label. The album itself is pressed on standard weight dark black quiet vinyl.

The new mastering for Miracle of Science is warm and inviting, crafted from  master tapes by the great Greg Calibi at Sterling Sound. Track to track, the songs sound remarkably consistent, quite an accomplishment given that it was recorded in numerous studios (garage and otherwise). 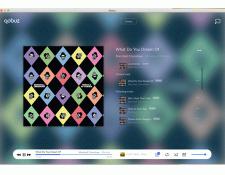 You can get the vinyl version of Miracle of Science at your favorite independent music store as well as up on Amazon (click any of the titles in this review to take you there).

You can also find Miracle of Science streaming on Tidal (click here) in CD quality and in 96 kHz, 24-bit HiRes fidelity on Qobuz (click here).  Not surprisingly, the Qobuz version sounds much better than the Tidal stream. Both of these services have much of Marshall's catalog up there for us to explore. This will be handy - for me at least - as it is high time to catch up with the man and his music.

If you like Marshall Crenshaw or simply great pop-rock songwriting, you should tap into the Miracle of Science.