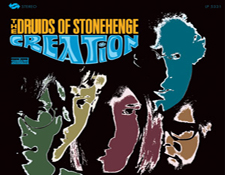 The 60s was a curious time for music that wandered into uncharted territories, much in the same way that the rave/techno/electro DJ world today is curious time for extended mixes. Both share similar goals: get people dancing, punctuate the mood with a variety of sounds and effects, leverage the likelihood that said people dancing are under the influence of at least some alcohol and perhaps other chemically derived substances. And generally make sure everyone has a good time.

Also like todays electronic music, there is often so much being churned out by producers in search of a hit of the moment status, that ultimately the music begins to feel like audio wallpaper, bearing a same-i-ness that bears the imprint of the time it was recorded in.

So here I take a look at a couple of late 1960s albums that fell between the cracks of bigger -- and probably better marketed -- hits from the period, lost amidst the rapidly changing music scene of the time. These are records that might have had a fighting chance if they'd been put out a year or two earlier when the scene was growing and the Acid Tests were still happening en masse. Instead the records became underground favorites among collectors of obscure garage psychedelia.

These albums, which you probably have never heard or even heard about (I hadn't!) have been reissued in recent years from the good folks at Sundazed -- on nice high quality thick black vinyl!

I will be honest with you: I probably wouldn't have taken a chance on buying them had they not been on clearance sale (for $6!). Yup. I suspect these pups undersold, much in the way that they undersold back in the day when they were first released. That is too bad because there is some interesting and good music here... well at least on one of the albums. 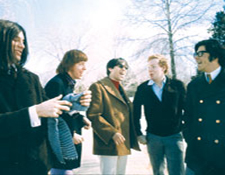 Lets start with that album named Creation by a band from New York called The Druids of Stonehenge. Released on the UNI label in 1968, I urge you to put aside your Spinal Tap mental images for a moment and revel in the notion of rough 'n tumble garage-flavored group whose sound falls somewhere between early Animals and Stones and some of the more hard rocking West Coast psychedelic bands like Big Brother and Quicksilver.

There are a few choice and well done covers of tunes by Bob Dylan (Its All Over Now Baby Blue) and Screamin' Jay Hawkins (I Put A Spell On You) and Love (Signed D.C.). But its their originals that have made me a fan of The Druids. "Bring It On Home" sounds like a sort of snottier Rolling Stones with kickin' lead guitar solo very reminiscent of the guitar sound Frank Zappa had in the mid 60s. And the song "Speed" sounds sort of like a 45 RPM single by The Ramones (made on a handful of Quaaludes) played at 33 1/3 RPM. Its a pretty cool tune with its catchy refrain "Hey hey hey! I'm talking about speed!" Ok, so Zappa probably wouldn't have liked this song but its a very interesting period piece.

This album is a keeper that I will be happy to play for friends and at parties. Its that groovy, kidz. In fact, I like it so much I'm ordering the 10-inch colored vinyl EP that Sundazed is selling (with other tracks not on the album) for $13. Hopefully the band is getting some royalty money for this reissue!