The thing that I found most interesting when reviewing the first-time LP record pressing of George Harrison's 1992 live album -- called simply Live In Japan -- was not the high quality, dark black, perfectly centered dead quiet 180-gram German-pressed vinyl... Nor was it the fabulous set list, culled from his only live concert tour since 1974... Nor was it the grand performance of George and his band which includes none other than Eric Clapton on lead guitar. 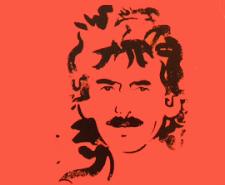 No, what I found interesting were the sonic differences when comparing the new vinyl to the equally fine SACD version of the album. It wasn't surprising, mind you, to consider that an album which was likely recorded -- or at least mixed / mastered -- digitally might warm up a bit via the LP medium.  It underscores the influence of the playback mechanism impacting our enjoyment of a particular recording.

The SACD version of Live in Japan I've long owned still sounds pretty wonderful. It has a 5.1 surround sound mix which is the main reason I bought it in the first place. It is worth noting that in comparing these two releases for this review, I only considered the 2.0 Stereo layer of the SACD (Surround Sound is a different beast entirely). 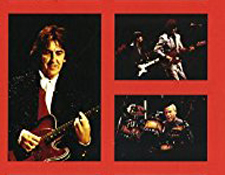 There is a pin-point sparkle on the SACD version which remains appealing.  It is akin to that sort of that distinctive sonic flavor which many modern musicians get when plugging his or her acoustic guitar directly into the mixing board vs. setting up a microphone near the instrument to capture more of the essence of the guitar's wood tones and the ambiance of the room in which it is being played. This is very evident at the start of "Give Me Love (Give Me Peace On Earth)" which on the LP version sounds somehow more organic than the SACD. Its not better or worse, but it is different.  Nathan East's bass parts sound particularly round and appealing on the LP version, versus the brighter -- and arguably more defined -- SACD.  The vinyl, in contrast, sounds especially good when you turn up the volume on your amplifier a bit.

Part of that difference no doubt has to do with the warming effect of  the tube pre-amp I run my turntables through. Also, the mastering for an LP is a very different animal than for the digital world, so that may have some impact on the overall sound of the recording. 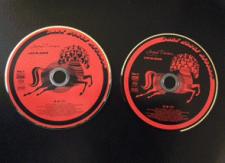 For those of you who missed it, I wrote a feature on Audiophilereview's parent publication, Home Theater Review, discussing the topic of mastering, mixing, re-mixing and re-mastering and including interviews with many of the music industry's top experts. The article also delves aims to differentiate those processes from the mastering procedure which goes into making a long playing vinyl record.  If you didn't see this article, please click here to read it as it might give you some new perspectives when exploring your favorite music.

Anyhow, overall I think Live In Japan is a fine addition to George Harrison's vinyl catalog and the folks at Universal Music are to be applauded for their attention to quality production details.  I have reviewed a number of George Harrison's other albums which have recently been reissued including All Things Must Pass, Brainwashed as well as Extra Texture and 33 & 1/2. You can click on those highlighted titles and you will be transported directly to those reviews.

There are many riches to discover in George Harrison's catalog.