Looking at the sky,

I dream my dreams away,

And I'm living for today, 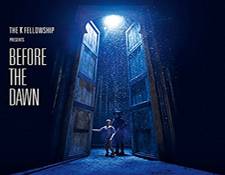 The first thing I thought of as I started listening to the new live Kate Bush album was not Kate Bush at all. No, instead I had an immediate ear-worm for my favorite song by The Small Faces, a proto-psychedelic 1966 power pop gem called "My Mind's Eye."   I thought of it not for the musical reference but the pre-lysergic lyrics rejoicing in one's ability to find happiness living in the dreams inside their head.

To that, many of us fans of Kate Bush were not fortunate enough to get tickets to -- or even be able to afford flying over to England to see -- the very limited run of shows she did in 2014.  And while most of us have dreamed of at least getting a Blu-ray Disc document of the shows, that has sadly not happened. Thus in effect, we are forced to stretch our imaginations and create a mental picture of what might be going on here on stage during this fine new live recording culled from those shows (which came out late last year).

In a way, Before The Dawn is in keeping with Kate's long history of not touring, for the most part, resulting in a global fanbase which for the most part -- save for those in Europe and Japan -- has never seen her perform live.  Accordingly, most of us have had to rely on a limited number of live recordings and promotional videos to get a basic understanding of her essence and what she is about.

I'm sure most of us really don't know what she is "about" in the grand sense of the word.  But we do know that we love her and her music.  And we rely on our mind's eye to complete the picture.

So here we are in 2017 and I finally got my hands on the four LP box set of the live album (after being wowed by it when my friend Johanne played me the CD recently).

My mind's eye is serving me well here, creating a mental picture of what the staging might have been like and how the music fits in. 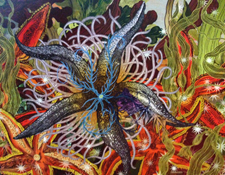 Granted there is a lovely full album sized glossy color photo album from the shows included in the set. But still, you have to put yourself into the album to get a sense of how it fits together. I imagine the show might have been an experience akin to a Cirque Du Soleil performance, replete with elaborate staging, actors, projections, films, puppets, intensive lighting and other special visual effects.

Things are clearer than before,

Showing me the way,

Asking me to stay,

To all these things and more,

Without giving away the story line or the joy of discovery, I will say that Kate has assembled her concert "set list" into something of a narrative of its own. Roughly focused around major "suites" of music from her breakthrough international smash hit Hounds of Love and her comeback album, the beautiful and plaintive Aerial, the new recordings present this music in fresh light and context, performed by live musicians without overdubs.

Acts One and Two (on the first two LPs) bring the Hounds of Love album to life, especially the whole "Ninth Wave" concept (which encompassed side two of the original album). From the Wiki: "...it is about a person who is alone in the water for the night. It's about their past, present and future coming to keep them awake, to stop them drowning, to stop them going to sleep until the morning comes." 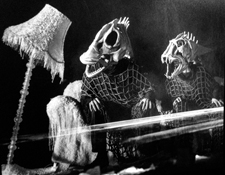 Fidelity-wise, Before The Dawn has a pretty great sound to it that benefits nicely from playback via vinyl records. I suspect it is a modern high resolution digital recording just because that is how a lot of live performances are recorded these days, especially over the course of a multi-show run like this.  That said, it sounds remarkably lush, belying a round analog sensibility, delivering orchestral strings, choral voices, bright acoustic guitars and natural feeling piano tones. Even with the presence of a powerful and dynamic master musician like Omar Hakim, his drum and percussion sounds are presented with warmth throughout the recording.

Before The Dawn was mastered by a trio of greats including James Guthrie, Joel Plante and Bernie Grundman. But the overall sound of the recording ultimately must go to Kate Bush and Steven W. Tayler who handled the mixing and the audio production elements themselves.