Judgements Made by Measuring vs. Listening

Back in the 1970's, you know that long ago time, many may remember a magazine called Stereo Review (SR). When I first heard an audio system of any worthwhile caliber, I immediately subscribed to SR and as fifteen-year-old budding audiophile, hung on each and every word in print. My buddies in the neighborhood and I would argue over which components were the best and, of course, outline our dream systems. 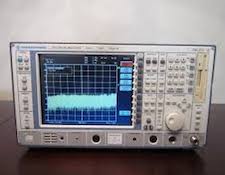 Julian Hirsch was one of the central figures at Stereo Review. He was also the co-founder of Hirsch Houck Laboratories whose stated inception was performing test measurements on various types of electronic equipment, including stereos. It is estimated that Hirsch Houck Labs conducted about 2400 equipment tests for Stereo Review alone and some 4000 in total. In those days I was, by all accounts, a fervent disciple of Julian Hirsch. I think had he instructed me to obtain a large empty can of some sort, a stick, and told me it sounded good when banged upon, I would have likely been looking for a place to make a purchase. Of course, I was only fifteen.

We've somehow managed to move on from that.

These days, Hirsch Houck Labs is often accused of subscribing to the theory that if it measures good, it sounds good, and the converse, measures bad equals sounds bad. Modern audiophiles are a bit more skeptical, I'm afraid, and that theory is not as universally upheld as perhaps it once was.

Blame that, at least partially, on two audio pioneers - Harry Pearson and J. Gordon Holt - these audio titans literally created the vocabulary we use today to "describe" what we are hearing. While those adjectives are quite well known and bandied about with regularity, it doesn't discount the fact that adjectives are viewed by many as a poor representation of a full laboratory work up. And there's the rub. 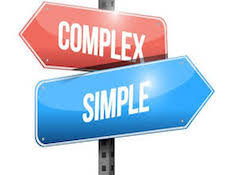 I, for one, have always looked to both measurements as well as objective listening to decide on the sonic worth of any component or cable. However, the measurements I use are typically provided by the manufacturer.  I also suspect for most home audiophiles, and especially those with a system fit somehow inside a living space, the availability of a bevy of specialized equipment to test something is not especially practical. In such cases, listening is the best, if not the only worthwhile barometer of performance.

I suppose I'm always thinking about the next potential upgrade despite the fact that it may never be acted upon. In doing my "homework" on the validity of such a component, I always consider measurements. I would hardly consider the purchase an amp, for instance, without a thorough review of the technical specifications. If I were looking for an amp, I would obviously not buy something just because a review claimed it sounded good, or even if I heard it personally and thought the same thing. Rather, I'd want to know the technical details of the watts, distortion and all the relevant performance data. That said, in the end, my ears are universally the final judge. Why? I really have little other choice.

Most product reviews today are based largely on a subjective listening type of evaluation. I'd say it is understood that the average reviewer, just like the average consumer, lacks that aforementioned bevy of electronic equipment in their listening rooms, which in many instances is their own home. In those cases, objective listening wins out. Some audiophiles may want the one and discount the other, some may want both, and some place a premium on only one of the two choices. 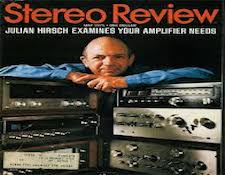 So how does the average audiophile decide which way should be preferred? Should a higher value be placed on one as opposed to the other, or should both be held in equal measure?

It would seem the waters get a little murky at this point. Take break in, for instance. Some have absolute belief that break in occurs, while others discount it as non-measurable and therefore an occurrence that simply does not happen. While I have many times heard sonic improvements on components, speakers and all manner of cables after a given number of hours played, if I cannot empirically validate the existence of break in, is it my imagination or something else? If a tree falls in the forest and no one hears it, does it make any noise?

Consider the question in reverse. John Atkinson at Stereophile routinely takes measurements of equipment both reviewed and not reviewed. If the measurements taken independently of a review support the review itself, that would be one path to believability of that particular product, right? However, if the test measurements were not especially glorious, yet the reviewer was highly impressed, what conclusion might be drawn? One would be that the reviewer was mistaken in his or her observations. Another would be flawed test results. Okay, fine. Would another logical conclusion also be the negative test data as well as the positive review, which in all likelihood was made through objective listening, are both correct? So how does the average consumer, or the average audiophile, make a decision based on any of those varying scenarios? 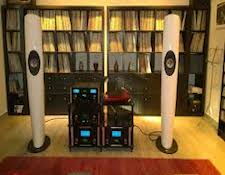 Most audiophiles rely predominately on their ears to evaluate a product in which there is a purchase interest. At audio shows, one phrase I constantly hear is one person asking another some variant of "how does it sound?" Quite obviously, at shows there are not typically any laboratory benches equipped with spectrum analyzers and other related equipment. How then is an audio show any different than the sonic judgements made in our own home?

And while listening may be the predominate method to judge a product's sonic worth, by no means is it the only way. Because regardless of what we may hear coming from a set of speakers, measurements also matter. The trick is trying to take a stance one way or another - or not.