So... before I get to the review part of my review, I have to share a little tale with you folks....  You see, I picked up John Cale's M:Fans album -- a re-think of 1982's Music For A New Society -- sometime last year and it sat here for quite some time in my "in box" when I realized I no longer owned a vinyl copy of his original album to compare it to. I had it on CD. And yeah, I could have just listened to the CD and then gone into the review ... but... well, some of you know how things get in the land of record collector reviewer perfectionism... so... I decided to wait until I found a replacement copy on vinyl, figuring it wouldn't take very long. 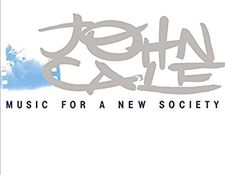 Now, some of you may remember my recent review of Frank Zappa's Hot Rats where I recounted my struggle to find an original vinyl copy to compare the reissue against (click here to read that review). Well... guess what?  Tracking down a copy of Music For A New Society has proven almost as elusive!

However, having learned my lesson a bit with Hot Rats, I decided to cut my losses when I found the reissue of Music For A New Society on sale at Amoeba Music. So, now we can at least move on with a report on this new reissue of the original and the parallel new release called M: Fans.

(We now return to our regularly schedule programming...)

While my new pressing of Music For A New Society on 180-gram black vinyl isn't visually entirely perfect (it is a little blotchy looking, which I know can be an issue for some of you out there in record collecting land), the sound is uniformly quite excellent, the vinyl dead quiet (as they say), displaying a nice sense of dynamic range and air apparent. Going purely from memory, I can say fairly comfortably that this new edition Music For A New Society probably sounds at least as good as -- and probably better than -- the original on ZE Records (but I'm guessing here so please don't hold me to that!). Perhaps that is why I got rid of my copy in lieu of the CD??? Who knows...

In short:  Music For A New Society is a great album and this reissue is overall solid...

A darkly inspiring listen, there are some absolutely classic, gorgeous and even rocking Cale moments on Music For A New Society including the album-opening opus "Taking Your Life In Your Hands," "Close Watch," "Chinese Envoy" and "Changes Made."  "Damn Life" is a breath taking downward spiral that sense shudders down the spine.  'Thoughtless Kind" is pretty stunning with its almost cinematic sound design including (what sounds sort of like) a ticking clock and random room noises that really put you into the space where they were being made -- lots of big room air apparent here, the sounds almost hover above you at times! And if you have never heard "Damn Life," its really quite remarkable how he creates a new song around variations on an underlying signature theme from Beethoven's 9th symphony, "Ode to Joy." 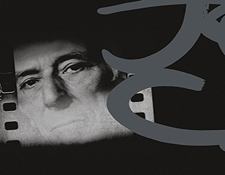 Why Music For A New Society failed commercially is anyone's guess...  Speculating, however, one could imagine radio having some challenges with playing this album given the times (it was 1982 after all), and especially coming out on the heels of the relatively commercial sounding (yet still wonderful) album Honi Soit in 1981 (it reached #154 according to the Wiki, Cale's only US album to reach the charts). Music For A New Society was however a critical success, widely considered on of Cale's finest moments on record.

That said, his decision to re-work Music For A New Society into the new 21st Century-flavored M:Fans is not hard to understand once you delve into a bit on the making of this record in the first place. Music For A New Society was initially designed to be an almost improvised performance recording but then once Cale started recording other ideas happened and he began to remove instrumentation and replace it with other sounds (as he'd done when producing albums for his former Velvet Underground band mate, Nico).  So, since most people hadn't heard Music For A New Society, the concept of stripping it apart again and reinventing the music anew for a different time and place is both honorable and inspiring.

M:Fans sounds almost nothing like Music For A New Society!

Somewhat akin to his recent fine 2012 album Shifty Adventures in Nookiewood, M-Fans revolves around sequenced drum patterns, progressive hip hop-inspired production flavors as well as raw alternative / punk-like textures. M-Fans is very much an entirely new and modern sounding album, albeit no less harrowing.  "Chinese Envoy" has been morphed from a plaintive acoustic-y ballad-of-sorts on the original recording into a rocking, slightly funky, pop tune that might feel right at home on a later period David Bowie or Peter Gabriel album (sequenced hand claps included). "Changes Made" has been turned into an entirely new and more driving rocker with an entirely new backing than the sort hiccup-y pop rhythms of the original.  "Close Watch" has been reconstructed from the heartbreaking orchestral near-power-ballad of the original into a slow burning near hip hop groove, with glitchy bass samples, female voice samples percolating and lots of booty-shaking dirty synthesizer pads popping up a-plenty.  "If You Were Still Around" is repurposed as a gospel flavored shout to the skies (replete with choral call-and-response moments!). M-Fans also includes the previously lost track from the sessions "Back to the End." 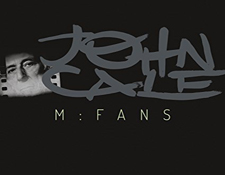 M-Fans is really more than a "re-make" or a "re-invention." Its an entirely new listening experience that has only some of the original lyrical content and melodies as connecting glue. And that makes the album all the more of a marvel because it works, making something new with a fresh perspective for a new generation to discover. That in of itself is a pretty cool thing!

Anyhow, its great that Music For A New Society is back in print and that we also get a brand new John Cale album as a bonus (its genesis explained in the liner notes) with M-Fans.  You can still find both of these John Cale albums around and -- in fact -- in some stores I've seen it marked down in price so you should grab these before they are gone!