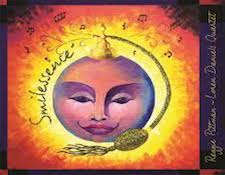 With Pittman serving as trumpeter and Daniels on piano, the quartet is completed with Mike Richmond on bass and Jonathan Peretz on drums. This is a work stylistically of very straight up, traditional jazz, displaying at times up tempo funk, reggae and calypso - all done in a manner that would lead one to think the music was improvised. Such would hardly be the case as Pittman has a Masters in music at NY University and Daniels earned his Bachelor's degree from Berklee College of Music and a Masters from NYU. Each member of the quartet takes his hand at showcasing his particular talent instrumentally. All eleven tracks are originals and this release rings as a one of real enjoyment, particularly if straight up jazz is your preferred genre. Because if it is, this is one work that should be heard. 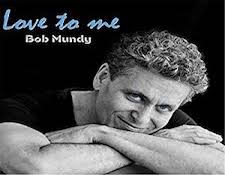 Like so many traditional jazz artists, Bob Mundy was born and raised in Queens, NY and, oddly enough, is completely self trained as a jazz vocalist. He began playing piano at age five and did, in fact, earn a BS in music. He is backed up on this release by a ten-piece orchestra and I have to admit, I really found his voice and the style of music very easy to enjoy. In addition to his music career, Mundy is also an accomplished actor having appeared in theater, TV and film, and is a member of the Actors Equity Union. He sites as his early inspirations singers such as Johnny Mathis and Andy Williams, which at least partially explains his style of music on "Love To Me." All thirteen tracks are covers with the title track, originally written by Richard Rogers, coming in as track #2. This song is quite soulful, very soft and melodic with strings and orchestration shining through. All in all, "Love To Me" is a very enjoyable work from start to end from a very accomplished singer. 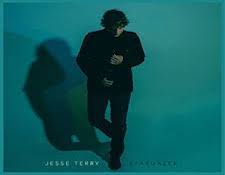 All eleven tracks on this highly enjoyable work were written or co-written by Terry and each one displays lush orchestration bounded by complex melodies. From track to track the listener is moved from a rock / pop type presentation to melodic orchestration with seamless ease. This brings to bear the difficulty in actually classifying "Stargazer" in only one genre. Sometimes the presentation is more rock and roll as on "Dance In Our Old Shoes," to a soft almost lullaby-like presentation as in "Dear Amsterdam," to a 60's Beatles-esque ballad as evidenced in "Kaleidoscope." Terry mans the helm of vocals on each track and his voice is never strained nor does he ever sound as if he is forcing things. Personally, I found the mix-mash of styles a refreshing change to a work being pigeonholed into one type of genre. As I went through each track I kept asking myself the question "what's next?" Each time, I was not disappointed as I found "Stargazer" something I will certainly play again. Very enjoyable and definitely recommended. 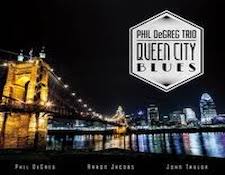 Phil DeGreg is a graduate of the University of North Texas, the prestigious Yale University and is currently Professor Emeritus of Jazz Studies at CCM in the University of Cincinnati. He has traveled throughout the US and the world in both performing and teaching duties all associated with jazz, and more specifically, traditional jazz. His latest self-released work is a combination of originals and covers of music by artists such as Gershwin and Antonio Carlos Jobim. Make no mistake, this is a work of very traditional jazz and despite being performed by a trio of musicians, is still very musical and listenable. What is obvious on both his original compositions as well as the covers is the quality of DeGreg's interpretative skills. I found all twelve tracks perfectly suited for a trio and quite honestly, on most I would have sworn there were more than three instruments playing the song. If your favorite music is traditional jazz, this is one that will be liked and enjoyed.