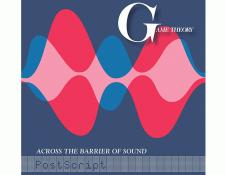 Writing a review of albums by the California rock group Game Theory and its leader Scott Miller is a little difficult for me as I wasn't in on this band back in the day when he was ascending. That distance in a way may be useful to others of you out there who also missed out on this fine group back in the day.

A personal aside: when Game Theory was happening in the late 80s and early 90s, it is quite reasonable to say that I wasn't paying close enough attention as I had a lot going on in my life including my own bands, both on the East Coast and when I moved out West.  And actually, it was through my second band that I got introduced to Game Theory as our lead singer wanted to cover Miller's song "Regenisraen" from The Big Shot Chronicles. We played this for a while when we were still an electric-acoustic duo. Its a beautiful song that admittedly took me a while to get my head around with its Simon & Garfunkel meets King Crimson twists and turns. I've really grown to love that song over the years. 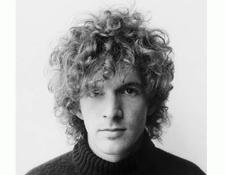 For the most part, however, I've been playing catch-up on Scott Miller's music, and the recent reissues from Omnivore have gone a long way towards opening my ears. So, listening to his music in (literally) 2020 hindsight brings with it interesting perspectives and appreciation. I've explored a number of the albums over the past several years (click here for a round-up).

Capping that reissue series is a collection of previously unreleased demos and live recordings called Across The Barrier Of Sound: PostScript. These demos are quite wonderful because they are stripped down and easier to grok. Miller was known for his musically dense complex arrangements even within the context of the three minute rock song. Its also a great gap-bridge between Game Theory and Miller's subsequent band The Loud Family -- a number of the songs here ended up on the first Loud Family album Plants and Birds and Rocks and Things including the infectious "Take Me Down (To Halloo)," "Inverness" and "Even You." 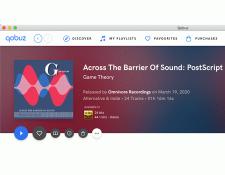 I love the opening track which is solo voice and guitar cover of The Beatles' "All My Loving." It is slowed down, aching, almost wrenching. It was also a pleasant surprise, reminding me of the introduction to a version from the wonderful Julie Taymor-produced musical-drama  Across The Universe  (click here for that).

You can find Across The Barrier Of Sound: PostScript streaming in good sounding 24-bit, 44.1 kHz resolution on Qobuz HiRes (click here) and Tidal MQA (click here). Its also in lesser MP3 quality on Spotify (click here).

Another Miller/Game Theory related album that came out in the past few years is called Supercalifragile put together by his friends, working off of the framework of what was likely to be a reunion album of a sort. 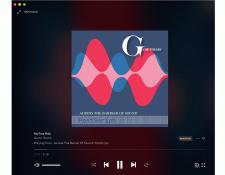 I picked up the album at the last show I saw by The Posies --  it was produced by their co-founder Ken Stringfellow -- and features a great lineup of indie-rock / power-pop family and friends involved in the album's completion. 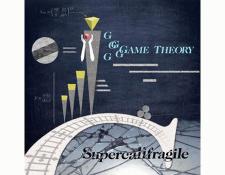 As I am just starting to dig into Miller's second band, The Loud Family, this album reads like a sweet hybrid with more direct songwriting, fun-weird sound effects, spoken word moments and such. This vinyl version of this album is not super commonly available these days, so I've since learned from poking around the usual online sellers. But... but... you can buy a download of Supercalifragile from the official Bandcamp page (click on the title anywhere in this review to get there). All proceeds go directly to Miller's family.

A beautiful postscript tribute, Supercalifragile is no doubt important to the Game Theory / Loud Family / Scott Miller universe and an essential if you are a fan.