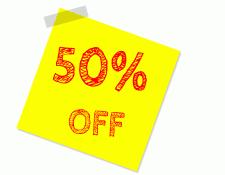 So, there has been this thing going on around social media, Facebook in particular: vinyl fans have been posting pics of their scores at the Barnes & Noble 50-percent off sale. It has been "a thing," as they say. And it has been quite a smart coup for B&N because the trickle down effect of their sale has no doubt -- at least in my mind -- made them a bunch of money, cleared out older inventory and generated a great deal of goodwill for the store in the minds of record collecting music fans.

I know it has for me.

Over the years I have bought select items at B&N, but generally have steered clear of it (again, save for the occasional exclusive edition) simply because of the price.  They aren't especially competitive when it comes to pricing so if I want to get something common its easier for me to buy it at a store in San Francisco proper rather than head out to their semi-suburban locations. It's a logistics thing. 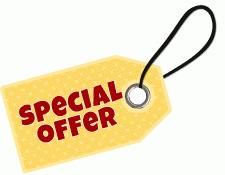 Apart from the special editions, there hasn't been much reason to go back to the stores on a regular basis. So a sale like this is definitely a magnet for record collectors and bargain hunters....

Recently, I found myself near the B&N store in a nearby shopping mall so I stopped in for a look-see at what was left from the big sale that had been going on a few days.  Seventy-plus dollars later I left with six albums in hand and plans for a series of reviews. This is the first!

These two artists both have similar trajectories, coming up in the 1960s and sustaining incredible careers of both high creative quality and sheer output. Especially in recent years it has been daunting to keep pace with the releases these established and revered artists have been putting out.  Partially because of the volume. Partially because the albums are a bit on the pricey side when you find them. Thus this sale proved to be a welcome chance for me to catch up a little.  And it gives me a chance to say: "hey, legacy artists and respective labels... perhaps cut us fans a little slack and toss us a bargain bone periodically with a nicer price point... you might make up the sales difference in volume..."

Van Morrison's Roll With The Punches 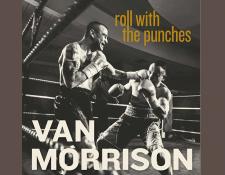 So, yeah, this is another fine bluesy, swinging, jazzy Van Morrison record and there is absolutely nothing bad about it. Jeff Beck plays guitar all over it.  Georgie Fame plays Hammond Organ on it! Paul Jones, original singer from Manfred Mann's band, duets with Van on many tracks.  They do five new originals and a bunch of great vibe filled covers, 15 tracks total. Pressed in the Netherlands on nice firm (probably 140 gram) clear vinyl, the album sounds pretty great if at times a little digital-y. But that is a minor thing. No, the only complaint I have is that at an original price of $36 plus tax, that was probably six dollars too high for an album of, essentially, cover tunes.  For half that price, I'm happy to add it to my collection...  You can find the standard black vinyl version at Amazon for about $25 (click on the title above to jump to that) and the clear version is still about $36 at the B&N website (click here). 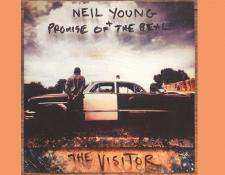 This album is a bit more problematic in that its not even a full two LP set and the original price was $30!   Its a three sider with 10 songs on it and a ok etching on side four.  So that's three bucks a song. Granted, it is on good sounding well pressed standard weight black vinyl but, really, in these times of $1-per-download and free streams, perhaps making it even a few bucks cheaper might have ensured that the album wouldn't end up sitting on this store's shelves for so long that they have to "remainder" it for half off. I'm very happy with this for fifteen bucks!  For thirty bucks, I might have been more critical.

Food for thought when it comes to spurring impulse purchases folks. Happily, its going for even less on Amazon these days (check the link embedded in album title above) while its still going for a lot on B&N's website (click here).