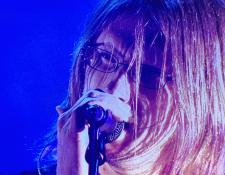 There was a period where I genuinely believed Prog Rock was dead. It was the very early 1980s. Punk was over but New Wave was happening strong. Yes had imploded and at the time I was not buying Drama as legitimate (my view on that changed many years later). Even my hero Frank Zappa was starting to cave to the demands of commercial radio and an increasingly diverse audience who liked his comedy recordings as much if not more than his most creative work.

Pink Floyd split up in an ugly manner as well.  King Crimson reforming 1981 gave me hope for a while but even that only lasted a few years. Adrian Belew took up some of that space in my heart with his merging of Prog sensibilities and Beatle influences. Talking Heads moved away from the brilliant Eno driven progressive hybrid to more mainstream danceable vibes.

So... it was a thing.... and I didn't pay attention to groups like Marillion nor did I really like the hit 1980s version Yes at the time... Asia depressed me a bunch... 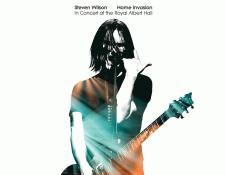 I assumed Prog was done...

Fast forward to the mid 90s, music started getting more diverse and interesting again... Grunge butted heads with Indie Rock which butted heads with Hip Hop and other dance musics and... well... stuff was all over the place, which is great... and then King Crimson reformed (again!) and from that point on it seems that Prog Rock came back from the grave. Nektar even reformed and put out a bunch of fine recordings and even toured in the early 00s.  Yes started making cool music again too!

Somewhere along the way a little Prog band called Porcupine Tree came up in the ranks out of England and before you knew it they were happening. 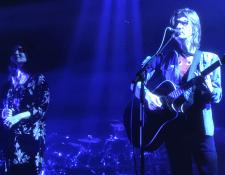 My first taste of their music came about when I was doing PR work for DTS (we issued In Absentia and Deadwing in surround sound). This was cool stuff. But it was a song from an earlier album, Stupid Dream, that made me a deeper fan of the band and its main driving force Steven Wilson: "Pure Narcotic" is such a gorgeous production, it sends a shudder down my spine every time I hear the song.

So I began collecting Porcupine Tree's albums and then Steven Wilson's albums -- there are a lot of them so I'm still at it!  Along along the way, something magical happened and Mr. Wilson essentially became the defacto Lord Mayor (if you will) of all things surround sound production (at least in the Prog universe). 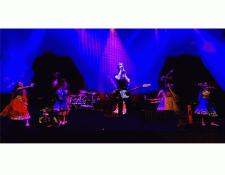 Over the years he has created generally phenomenal catalog reinventions for King Crimson, Jethro Tull, Yes, ELP, XTC, Tears for Fears and many others.  Many of these mixes are revelatory and essential listening if you like those bands (I've reviewed many of them here on Audiophile Review so search for them here if you are interested).

Lately I've realized that Porcupine Tree and Steven Wilson are almost the Prog Rock answer to Guided By Voices and their leader Robert Pollard in terms of shear volume of output! Its hard to keep up with all their releases and side projects.  I'm still catching up. I reviewed the 5.1 mix Blu ray edition of Wilson's most recent solo album To The Bone which led me to pick up the live concert from the tour. And that is where we'll start our review today. 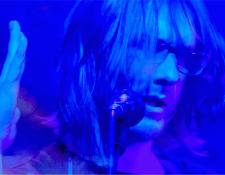 While Wilson is a consummate performer, musician and producer, his greatest gift is that he can write terrific -- and even timeless -- melodies.

Home Invasion is a pretty incredible concert from London's Royal Albert Hall.  With super high quality visuals, a rocking and mildly immersive surround sound mix and a great cross section of his music -- literally from the densest of metal mayhem to hushed quiet beauty-- it is perhaps the best introduction to his music I have come across to date.

Here you get many tracks from his most recent solo album To The Bone (which features homages to some of the music he grew up on and loves). This includes the spectacular power ballad "Pariah" and my favorite 1980s pop non-hit of 2018, "Permanating" (complete with a troupe of Bollywood style dancers on stage!). 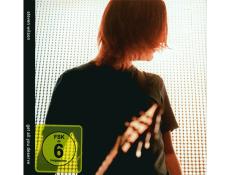 But then he'll switch things up and break out tracks from early Porcupine Tree albums (such as wonderful solo rendition of "Even Less" from Stupid Dream). He does two songs each from Deadwing and In Absentia -- the beautiful "Lazarus" and "Arriving Somewhere But Not Here" from the former and "Sound of Muzak" and "The Creator Has a Master Plan" from the latter.

This is terrific stuff, sounding rich and warm in 96 kHz, 24 bit fidelity  -- noticeably better sounding than the standard CDs which are included in the three-disc deluxe set.  The picture quality is uniformly excellent. Home Invasion is a great looking and sounding live concert Blu-ray experience.

Get All You Deserve was recorded on the tour supporting Wilson's solo breakthrough, Grace For Drowning and it doesn't disappoint. 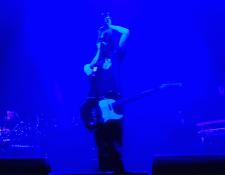 Beyond the overall musical focus and vibe being on an earlier album, the mix here is much more immersive than Home Invasion, which makes sense given that the music is leaning more toward the Prog Rock side of the equation. Its a different experience, recorded in a perhaps more intimate venue than the vast Royal Albert Hall, so expect to hear more instruments around you and such. Still, amidst all the Prog fireworks you'll hear moments of beauty and melody such as "Postcard"

And you know what else is really nice, folks?  Both of these concert albums are very reasonably price! You can find them for under $25 easily. That is a steal for such terrific music with great demo worthy audio-visual production values.

If you like progressive music and have been looking for something new, check out Steven Wilson's music. In many ways he is the leading face of modern Prog Rock today.