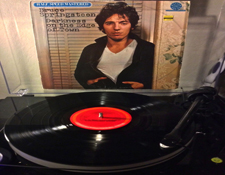 It's a new year and now may be an ideal time to embark on a new habit forming hobby that won't make you sick, will bring you much joy and may even make you the envy of all the cool kids on the block: collecting vinyl records!

What's that you say? You already collect music on your iPhone and computer via iTunes. That's cool. You're about halfway there. Keep reading.

Some of you have already gotten bit by the vinyl collecting bug. Yet, on various forums in which I participate on Facebook and G+, some aspiring collectors have complained to me about the escalating / high prices of many of the spiffy 180-gram "audiophile" reissues coming out these days. Many of those reissues are fabulous and I have bought my fair share, however I understand where these complaints are coming from. For the prices being charged, you could almost get an original pressing (and sometimes the original pressing is still better than the reissue).

That leads me to the point of this article and a little secret I'm going to clue you all in on -- a trend I've noticed over the years which may encourage many of you to get out of your comfy computer cocoons and out shopping at a real "brick and mortar" music store on a regular basis.

Here's the deal: you see.... whenever one of those new spiffy deluxe reissues come out, restoring a vintage, long out-of-print or super rare title, some well-to-do audiophile somewhere is likely "upgrading" their collection with said new reissue and offloading their old copies! I've seen it time and time again where these old copies of quite obscure albums suddenly pop up in places expected and unexpected. Usually when I check, it turns out that there was some sort of major reissue in the recent past.

I sense this is happening again -- lately I have found some stunning bargains at used record shops in the dollar bins, garage sales and thrift shops. 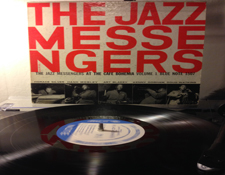 Now, you must understand that I've been finding amazing used records since I was little kid first starting my collection. I had no money as a kid so finding them for pocket change at used shops and garage sales was the only way I could build my collection. I still do this to this day because there are SO many records and sounds I want to explore, I can't possibly afford to buy everything new. Buying used music is a great way to expand your horizons for a fraction of the cost.

I first noticed this phenomenon happening en masse during the first CD era: as albums were issued on CD, people dumped their vinyl at used record stores, thrift shops and garage sales! I happily scooped up lots of very cool original pressings of albums I'd always wanted to hear but couldn't afford upon initial release for mere pennies (relatively). This continued through the CD revolution and even into the download era (loads of CDs are being offloaded for next to nothing!)

That history seems to be repeating itself is exciting from a collector's perspective. This time there one curious twist: while cool records continue to pop up in thrift shops and garage sales, used record stores are blowing out some really fine albums at cheap-o prices!

This may mean one of several things, all of which are good things for the budget minded collector:

a) the store employees don't really know what they are doing
b) the store just wants to turn over its inventory rapidly
c) the store is using these sorts of bargains as "loss leaders" to pull people into the stores in hopes they buy other stuff.

Chances are, the answer is all of the above.

And there is probably another thing going on which is simply the notion of the market for some of these products is either growing older (and has limited disposable income) or sadly dying off (thus old collections are being unearthed from well stocked home library shelves or boxes in closets). 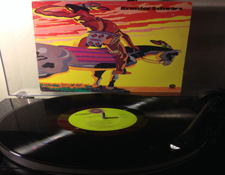 Whatever the case, it is a GREAT time for you, dear reader, to be going out to stores looking for cool bargains.

Also look on eBay. Do searches for "vinyl," "records," and "LPs" on Craigslist. Watch for ads in your area for record swap meets -- many of the dealers going to these events have dramatically lowered their prices so you can pick up lots of cool stuff you may not have been able to afford previously. Look at your favorite local music store for a copy of Record Collector News (a free 'zine with listings of stores and upcoming swap meets and such) and Goldmine Magazine. Both are available online too. I just discovered a handy site listing upcoming record shows: http://www.recordshowsofamerica.com. (I'm gonna book mark that one!)

There are a myriad of killer bargains to be found, some of which can sound pretty remarkable when given a decent cleaning with your favorite record washing system. I have a relatively old school process I use employing a vintage Watts Parastat camel hair brush designed for hand washing of records. You can get a bath-style record cleaner system for under $100 these days.