Here on Audiophilereview.com I get to do some interesting things because my writings are, for the most part, not tied to the traditional ebb and flow of new titles churning out from the music industry. Sure, I cover "new" titles when they are warranted (mostly stuff I like and think you might enjoy too, Dear Readers). However, I also get to take timely looks at older stuff which may have slipped through the cracks.  As a collector-on-a-budget, I will sometimes call attention to items that are newly on sale as not all of us have fat wallets to be able to afford every fancy audio/videophile release at list price. So a cool bargain is probably the kind of news I hope you will appreciate. Thus, this review about the Blu-ray Disc edition of The Complete Monterey Pop Festival documentaries falls into that latter category. 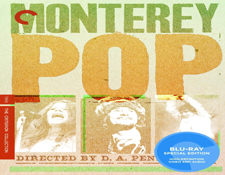 I'm going to assume that you basically know what the Monterey Pop Festival is and was. If not, I do encourage you to go search the Interwebs and read up on it as this event was a turning point in music history.

As I remember, the reviews for the set were generally solid. I'd always wanted to get this Blu-ray set but I didn't because, quite frankly, it was a bit pricey. I had trouble justifying to myself spending upwards of $70 for essentially two discs, simply because this material was older and I had seen much of it before.

Criterion's releases are rarely discounted. They sell premium titles for discriminating customers. I get it. They are sort of like the BMW of video reissue companies. These are not mass-market disposables. This is niche marketing of a very high quality archival product. 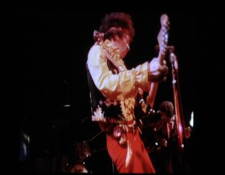 So imagine my pleasure when Criterion recently announced (via their email blast list) a flash sale of about 50% off on titles! I was so there! I ordered a bunch of cool movies (which I'll be reviewing here as I make my way through them) including The Complete Monterey Pop Festival collection on Blu-ray disc.

It's all very groovy, ya dig?