Recently I had the good fortune to go to New Orleans for the first time, a combination of business and pleasure. One of the ways I like to get to know a city is by exploring its music stores, often walking the distances from my hotel or wherever I may be staying to get to them. Its a great way to get a sense of the lay of the land of the city and a quick toe-in-the-water immersion into the arts community.  During this trip I visited six different stores four of which I could recommend highly: 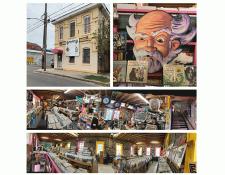 Euclid Records -- Two friends online recommended this store to me and it was a great first stop. While it was perhaps the furthest from where I was staying it was totally worth the journey.  The old brick and wood structure building contains a rich selection of vinyl records of all categories both upstairs and downstairs as well as CDs, collectibles and rarities. There are a lot of really great things to be found in the store and the staff are super helpful and friendly.

Euclid turned out to have one of my first hoped-for scores for the trip -- and it was the only copy I saw the entire week -- a rare 1958 album on Verve Records by none other than New Orleans' own Al Hirt with fantastic cover art by David Stone Martin. Yes, I bought an Al Hirt album and I had to go to New Orleans to find a copy, with no regrets. Its a fun recording and the artwork is fabulous!

I didn't even have much time to deeply explore Euclid's highly organized 45 RPM section very much. Yet, in five minutes of digging in that section I came away with a stack of rare 1950s jazz singles and EPs by Oscar Peterson (each also featuring covers by David Stone Martin, for just $3 each!). I found some neat bargain bin gems there as well so I went away very happy!  Give yourself at least two hours for this shop, maybe more. I also found the elusive-in-California 2017 Record Store Day EP by Tank & The Bangas there brand new sealed! 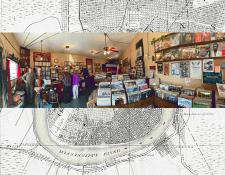 Domino Sound Record Shack -- On my way out of Euclid Records, one of the staff handed me a card for another store explaining "this is where all us locals go to shop!"  Now, that is true local community!  I soon made the pilgrimage there and wasn't disappointed.  A very different vibe and much smaller, Domino is a specialty place with all manner of esoterica, international and regional jams (as well as good cross section of punk, rock and jazz titles). In addition to finding another David Stone Martin cover (a Lu Watters dixieland revival 10-inch LP from the early 1950s), perhaps the three best scores were a virtually unplayed Hermeto Pascoal album from 2018 (amazing record!), a 1953 Johnny Smith 10-inch LP with Stan Getz and a very very elusive first single by pre-Three Dog Night Danny Hutton when he was still serving as A&R director for the short lived Hanna Barbera Records label (yes, the same Hanna Barbera that made all those cartoons you see on reruns on TV) with a picture sleeve for $3!.  I also met some interesting people there who were doing a video shoot including an independent label owner and a mastering engineer! So, this is a cool place to hang and get to know locals, for sure... The store also puts out their own deep archive releases so explore their website closely. 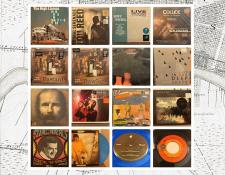 Skullyz Records -- This was a tiny little shop I found in the French Quarter which initially didn't have much that I needed. However, when I found out that the store was being forced to move (in an eviction scenario similar to what is happening here in San Francisco a lot these days) I decided to help them out and take advantage of their 50-percent off clearance sale!  So, yeah, I picked up some fun things I might not have purchased due to the normally rarely discounted list prices (such as Tom Waits Bawlers and Brawlers albums on colored vinyl). The owner of Skullyz was really nice. We had nice talks about music and the record store scene. They'll be operating virtually for a while but hope to land in a new location soon. I hope so and that they do well finding a new larger space with more chill landlords. 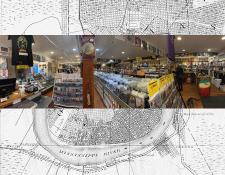 Louisiana Music Factory -- This last shop I went to helped me find another local New Orleans grail: the first album by Tank & The Bangas, released independently before they were signed to Verve/Universal, on beautiful dead quiet blue vinyl, (brand new for $20 ... look what it goes for on Discogs and you might be shocked!). I found some neat bargain bin items there (a promo Paul Revere & The Raiders album from 1969, some June Christy DJ editions from the 1950s, etc.). I even found a great buy on a 1979 Philip Glass album on his Tomato Records label before he became a superstar on Columbia Records in the 1980s. Again, super nice people working there and a deep selection of rock, jazz, folk, New Orleans regional musics and a healthy bargain bin section make this a crate digger's destination for sure.

New Orleans is a great live music town but I suspect that I just put a toe in the water in so far as places to find pre-recorded music. Can't wait to go back!