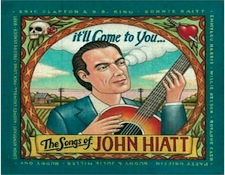 It Will Come To You - The Songs of John Hiatt

The ferocious opening selection "Paper Thin" performed by Buddy and Julie Miller contrasts beautifully with Patty Griffin's ephemeral rendition of "Take It Down." Every cut included in this anthology showcases not only Hiatt's songs, but also their ability to inspire others to outstanding performances. Emmylou Harris' reading of "Icy Blue Heart" utilizes her voice and incredible phrasing to create magic. Freddy Fender's cover of "Across the Borderline" fits his style so perfectly you would swear it was written especially for him.

The actual song selections for "It'll Come To You...The Songs of John Hiatt" are from material spanning over twenty years. The daunting task of sonically matching recordings from such a wide range of sources fell to producer Steve Buckingham and mastering engineers Don Cobb and Eric Conn. They managed to accomplish the near impossible sonic feat of giving the CD a credible overall sonic feel. Sure, some selections, like Patty Griffin's "Take It Down" sound more natural and open than Nick Lowe's 1985 recording of "She Don't Love Nobody," but even the oldest recording, the 1982 Freddy Fender cut, has excellent clarity and natural warmth. 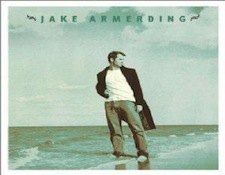 Every sideman dreams of someday recording his own album; relocating from the background to the front of the stage. Jake Armerding's first solo release on Compass Records proves he is more than ready to make his move. After serving time with David Wilcox, Northern Lights and Judith Edelman, multi-instrumentalist Armerding shows he can write as well as play fiddle, guitar and mandolin.

Although he has a traditional folk roots background, the music on this CD maintains a more pop feeling. Unlike many "pickers" who revel in the opportunity to show off their flashy licks, Armerding's CD showcases his songs. Full of catchy hooks and bridges, Armerding's compositions display modern musical sophistication without being inordinately busy or overcomplicated. Along with infectious melodies Armerding's lyrics display emotional resonance and intellectual weight. Lines like " Look at this place, the unsaid is in the sink, all of your disclaimers on the door; the bottles and bottles of differences to drink, and you spill your silent treatment on the floor."

Personally handling production duties, Jake Armerding enlisted the help of his father, Taylor Armerding, on harmony vocals, Paul Bessenbacher on piano, Andrew Hall on dobro, Dennis Holt on drums and percussion, Greg Liszt on banjo, and Gary Wicks on bass. Recorded by Kenny Lewis and Rick Durkee mostly at the Mixed Emotions Studio in Middleton, Massachusetts, the sonics are first rate. An acquaintance of mine recently remarked that never before in the history of pop music has there been so much good new music. Jake Armerding's CD proves how right he is. 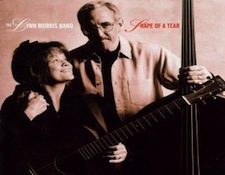 The Lynn Morris Band - Shape of A Tear

On their fifth album for Rounder Records the Lynn Morris Band reestablishes itself as one of the preeminent bands in bluegrass. The current band roster consists of Lynn Morris on rhythm guitar, vocals, and clawhammer banjo, Marshall Wilborn on bass and vocals, Jesse Brock on mandolin, and Ron Stewart on banjo, fiddle, and lead guitar. Guest Junior Brown adds his distinctive pedal guitar on one cut while dobro master Rob Ickes contributes to another.

Song selections on Shape of A Tear demonstrate Lynn Morris' broad musical tastes. Songs by Buck Owens join those by Mary Flower, Hank Williams, Barry Tashien, Charlie and Ira Louvin, Emma Smith, Hugh Campbell, Nanci Griffith and band members Ron Stewart and Marshall Wilborn to form a remarkably cohesive whole. While not as hard-core bluegrass as Del McCoury and the Boys or Larry Sparks, the Lynn Morris band is still more traditional than modern bands like Hot Rize or Rhonda Vincent. Much of this classic bluegrass feel can be attributed to first class picking by mandolinist Jesse Brock and multi-instrumentalist Ron Stewart. These guys can play the snot off of their respective instruments. Ron Stewart's composition "Road Rage" showcases the band's prodigious musical skills.

Ever since the late 1940's Martha White Flour has sponsored bluegrass bands. Rhonda Vincent's band has been underwritten by Martha White for almost ten years. In exchange for sponsorship they display Martha White banners on stage and perform the Martha White theme song during their set. Instead of Martha White, the Lynn Morris is sponsored by SPAY USA who run a national program to promote the spaying of pets. During their set Morris performs a song that she wrote especially for SPAY USA. A "hidden" track at the end of this CD features Lynn Morris' SPAY radio spot. Sure beats Toyotas' "Oh What A Feeling." Shape of A Tear has been getting plenty of playing time on my stereo. If you like bluegrass, it will be in heavy rotation on your system as well.