Paraphrasing Lynne Anderson's 1970 pop-country hit : I beg your pardon but I never heard of The Rose Garden....' 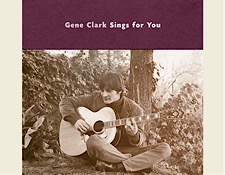 Indeed, in the world of sunshine pop, bubblegum music and pop bordering into melodic folk-rock of the mid-1960s, there are a plethora of albums by groups who never reached main stream mass public consciousness. Or in simple words the records weren't big big hits so their names never really became household words. When I was a little kid the Beatles were reigning godz of pop music but we also knew about (and my older brothers had records by) The Mamas and Papas, The Buckinghams and The Monkees. The Cyrkle's "Red Rubber Ball" was an earworm and one of my favorite singles ever is (still!) The Cowsills' "The Rain, The Park and Other Things." I had several Archies 45s and The Ohio Express B-side "Firebird" was my jam. The Fifth Dimension had seemingly endless hits on radio.

As I got deeper into what became known as "sunshine pop" I started discovering that there were many groups who never really became popular, yet many hold interesting and often genuinely unique places in music history as we look back. Whether you're talking about The Glitterhouse (which I reviewed here a while back) or The Peppermint Trolley or Canada's The Sugar Shoppe or The Arbors.... there are many fine groups which made some terrific music worthy of exploration.

One sunshine pop / folk-rock band I missed along the way, however, has recently been re-issued by the good folks at Omnivore Recordings: The Rose Garden. Don't know how I missed this but that is part of what makes music collecting so interesting as there's always something new to discover, both old and new.  Apparently this group from Southern California bubbled up in the wake of folk rock pioneers The Byrds. In fact, they were such big fans of that band they had good fortune to be discovered by one of the original Byrds, Gene Clark, who took them under his proverbial wing (if you'll pardon the inevitable pun) providing them with some original material to record. 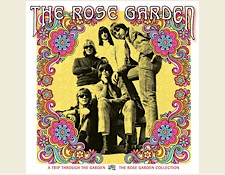 The album itself is quite good and certainly an essential for fans of this type of music and of The Byrds.  The CD remaster sounds very nice and is perfectly adequate for presenting this sort of compressed but clean sounding pop music which was designed for AM radio (just don't expect to hear a sonic experience like Abbey Road here folks!).  But I can kind of see why the album didn't take off in a big way, relegating the band to wear the admirable "one hit wonder" badge of honor in the pop music history books. The hit "Next Plane To London" (#17 on Billboard's Hot 100 in 1967) is one of the standout tracks on the original 10-song album.

Oddly, the Gene Clark-penned tunes were buried toward the end of the album, perhaps because they are written more in the country and rock realm and not the harmony pop the band needed to garner radio play at that time ("Long Time," "Til. Today").  Or perhaps The producers were just taking the easy way out having the group do covers of songs by Bob Dylan and songsmiths like Wes Farrell  (who later got behind The Partridge Family).

You can find the basic Rose Garden album streaming in CD quality on Tidal (click here) from an earlier 2004 edition issued by Elektra Records. 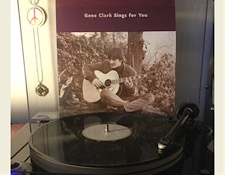 Not surprisingly some of my favorite tracks on Omnivore's expanded reissue of The Rose Garden were not on the original album, presented as a bonus tracks on the new CD. I really like the feel of "If My World Falls Through" and the very Byrds-like "Here Today" which has a fab chorus and nice 12-string guitar signature riffs. You'll also here a pretty nifty cover of the Buffalo Springfield's "Down To The Wire."

Perhaps the most interesting thing on this CD are the live tracks at the very end from August 1967. There you hear what a great unit The Rose Garden were on stage and you can hear why they were chosen by Clark and the powers that be. There they play their hits and also some choice covers including one of my all-time favorite Byrds songs (written by Gene Clark) called "She Don't Care About Time."  For an archival recording, this raw soundboard mix actually sounds really quite good. It is a testament to the band's professionalism and ability to pull off rich harmonies on stage and still rock out madly.  "So You Want To Be A Rock and Roll Star" almost drives off-the-hook, careening with near power pop adrenaline as REM might have played it in their early prime.

Good stuff here. You can find The Rose Garden album on Amazon (click here) or direct from Omnivore

In related news, here is an update on the fine archival Gene Clark release (also from Omnivore) which I reviewed on CD a while back (click here for that review). I recently got my hands on the vinyl version of Gene Clark Sings For You and its a really nice experience. Admittedly, this music is made from disc sources -- taken from a rare acetate -- but even with that, the LP version sounds less boxy and more open than the CD version. Cut to vinyl by Kevin Gray at Coherent Audio, the difference is palpable.

Guitars sound bigger and rounder, the cymbal splashes and tambourine hits on opening track "On Her Own" decay more naturally than on the CD where they sort of just disappear. The tom tom hits sound fuller, more natural and with better sense of the studio in which they were recorded on my favorite track from this album, "That's Alright By Me." The haunting Mellotron parts soar sweetly here, while the bass parts resonate more clearly.

Some inherent distortion inevitably residing on the original acetate recording is much more apparent on the CD than the vinyl version for some reason. Admittedly guessing here, but this may be perhaps due to the CD compression / processing or simply the way those frequencies get handled digitally (via my old Oppo BDP-83 vs. through my trusty little Bellari tube pre-amp which fuels my Music Hall MMF 7.1 turntable and its Goldring 2400 cartridge). Not sure, but thought it was worth  mentioning for those who are sensitive to this sort of thing.

You can find the vinyl version of Gene Clark Sings For You on Amazon and at your favorite brick 'n mortar music store or direct from Omnivore.

Bottom line, if you are a fan of Gene Clark and prefer the vinyl format, this thick, dark, well pressed (at RTI) probably 180-gram two LP set will be a no brainer for you to pick up.