I wasn't planning on reviewing these two important Record Store Day reissues but when I happened to listen to them back-to-back I recognized similarities enough to shed some perspective relative to both releases. These are important records for you, Dear Readers, to know about, containing some great pop music many have overlooked. 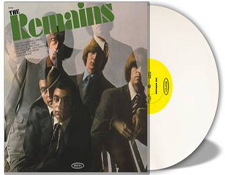 First up are The Remains, a Boston-born band that made a brief-but-revered, raw-but-melodic impact on the garage side of the mid-60s pop music scene. They also achieved a sort of rock 'n roll infamy as a band chosen to open up for The Beatles on their 1966 tour, only to break up afterwards before their first album even was released! Their bass player, Vern Miller, also happened to be my Junior High School band teacher, but that is another thing entirely.

Why should you want to buy this sweet, white vinyl reissue in (from the label's hype sticker) "Glorious Mono From The Original Masters" on the Sundazed Records label?  Well, to start with, The Remains sounds pretty rad! The music rocks harder on this Mono mix than the stereo mix -- and it overall sounds much better than the previous stereo CD reissue (put out by Sony in 2007). This new issue comes with period accurate labels and a nice recreation of the original album art. 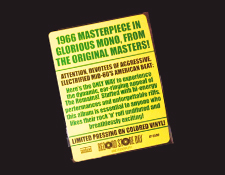 Oh, and then there is the matter of the music. There are some fab tunes that lean toward the harder side of the Beatles oeuvre, more raw rockin' ala early Rolling Stones, The Kinks and The Animals. Might they be The Beau Brummels meets The Knickerbockers by way of The Flamin' Groovies?? Perhaps!  Some of my favorite songs are the hit "Don't Look Back" and their kickin' cover of Willie Dixon & Bo Diddley's blues classic "Diddy Wah Diddy" (which Captain Beefheart also covered around this time period, among many other bands). "Time of Day" has a really cool fuzz bass thing going on.

Did I mention that these guys rocked madly?

Another band getting recent Record Store Day revival treatment -- which also rocks hard, fast and pure -- is England's The Buzzcocks. And I venture to wager that -- perhaps, just perhaps -- there a fair number of you out there in audiophile land who have not really had a chance to listen to them, if you've even heard of them to begin with. 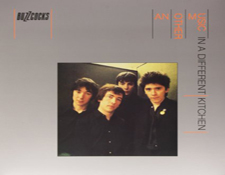 The Buzzcocks were one of the earliest of British bands to ascend amidst the early punk rock movement -- perhaps "the" earliest if the stories on the Wiki of them opening for the Sex Pistol's second gig are accurate!

So... I know I'm stretching this analogy pretty thin here folks, but for the sake of continuity, I might suggest that in their own way -- at least in the United States -- The Buzzcocks have some things in common with The Remains:  both bands created melodic, aggressive rock music that was generally ignored by the mainstream here.

The Buzzcocks were super influential hitmakers in the UK, no doubt. There of course was a passionate underground of fans here in American who were into all things UK and punk / new wave, following their every move (courtesy of hip collectors record shops which carried UK import recordings). But in general, the average man-on-the-street in 1977 could tell you about as much about The Buzzcocks as they could The Remains. Buzzcocks records didn't chart over here and eventually became highly desired collectors items. 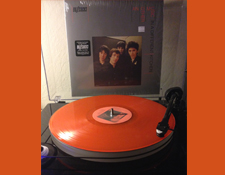 So yeah, these guys rocked hard but, like The Remains, they have great songs with catchy hooks and melodies which wrap themselves around your head amidst the buzz of driving guitars and yelping vocals.  Their hit "I Don't Mind" reached #55 on the UK charts in 1978. The recent Record Store Day reissue of the first Buzzcocks album -- called An Other Music In A Different Kitchen comes on lovely, perfectly pressed, well centered, dead quiet, orange creamsicle colored vinyl. Sounding really great, it is a European pressing on the Parlophone Records label.

If I could rewrite history, I'd call these guys something other than Punk. Raw Power Pop? Sunshine Punk? I don't know. But whatever it is the music of The Buzzcocks is way different than the snotty heavy metal flavored brawl that was The Sex Pistols. If anything, The Buzzcocks were closer to The Ramones in terms of connecting the pop past with the present and future.

Driving. Rocking. Hooky choruses. Harmonies. Its all there for you to discover. Fun stuff!

If you haven't heard The Remains or The Buzzcocks, these Record Store Day reissues are good places to start.