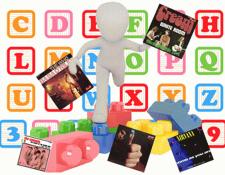 I believe that music is the one art form capable of evoking vivid, complicated memory. When we look at a great painting or sculpture, we can enjoy it, be excited by it, be moved by it, perhaps remember another time we've seen it. But music can bring forth memories of people, places, experiences, odors that other arts cannot induce. We remember song lyrics from long ago when other things from the same time period are lost. I remember the words to a song I heard in 8th grade, but I don't remember the name of my 8th grade homeroom teacher. Below is Part II of a three-part list, a compilation of 33 songs that provide a starting point for a Classic Rock library. Most, I believe, will be pretty universally accepted. However, there may be a few (perhaps more) that are more influenced by personal experience and memory than musical significance. I invite readers to dispute my choices and substitute their own. Let's hear them... 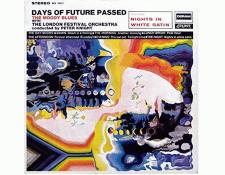 22) Nights in White Satin - The Moody Blues - Perhaps the most lasting song from the band's 1967 album, "Days of Future Passed." Written by relatively new band member, Justin Hayward, who had received a set of white satin sheets as a gift from his girlfriend, the song mourns the end of one relationship and celebrates the beginning of another. The album itself is an ambitious song cycle documenting time segments of a single day. The "concept album" is often cited as an origin of "progressive rock." Nights in White Satin" is the night portion of the more than 40-minute album.

21) Maggie May - Rod Stewart - "Maggie May" is a wonderfully ambivalent, at least partly autobiographical love song. Stewart co-wrote it with Martin Quittenton, who plays guitar on the track.  The song appeared on Stewart's first solo album, 1971's "Every Picture Tells a Story." It rose to Number 2 on Billboard's Hot 100 and launched Stewart's solo career like a rocket. 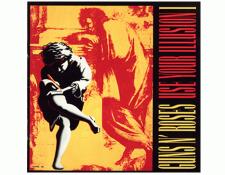 It's clever and perceptive lyrically and unusual musically. Rock was going through a truly creative experimental phase and artists were incorporating unusual instruments in their recordings. The Beatles use of Indian instruments and rhythms is a prime example. "Maggie" has a prominent mandolin part and the same album features the song, "Mandolin Wind."

20) November Rain - Guns N' Roses - In some ways an unusual pick for this hard driving, hard rock band. The video is, perhaps, even stranger than the song, but we'll stick to the music. "November Rain" is a heavily orchestrated, yet quiet ballad. The combination of the orchestration, Slash's awesome guitar, and Axl Rose's voice and lyrics makes for a compelling opus. The song is the longest--8:57--to enter the Top Ten of Billboard's Hot 100, rising to Number 3. "November Rain" was included in GN'R's 1991 Album, "Use Your Illusion," with a single released the following year--B side, "Sweet Child O' Mine." 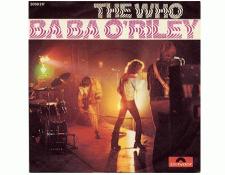 19) Baba O'Riley - The Who - Sometimes erroneously called, "Teenage Wasteland." Starting with Pete Townshend's insistent organ riff, created with a Lowrey Berkshire Deluxe TBO-1 set to a marimba repeat, Baba O'Riley becomes an anguished cry at a dystopian universe. After about 30 seconds, the keyboard comes in with an ominous, pregnant and repetitive Daaa Da Domm that provides the rhythm and dominates the remaining 4.5 minutes.  The song is a powerful, mesmerizing brew that undulates, grabs your attention and holds on. Like Queen's "We Are the Champions," Baba O'Riley's anthemic qualities have been used frequently at sports events, including the 2012 London Olympics.  The song marks the entrance of the NY Rangers hockey team for home games at Madison Square Garden and can be heard prior to the second-half kick-off at most New England Patriots home football games. 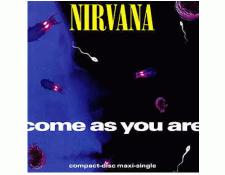 18) Come As You Are - Nirvana - Probably the most accessible song in Nirvana's catalog, the song has taken on power since its debut in 1992. The tragic history of the band and its founding genius, Kurt Cobain is well known, ending with Cobain's suicide in 1995. Nirvana defined "Grunge Rock" and "Seattle Sound." With all its very public problems, the band was one of the most influential in the "Alternative Rock" scene and Cobain himself listed as Number 12 in Rolling Stone's list of greatest guitarists of all time. He also distinguished himself as a lyricist, and the words to "Come As You Are" are intentionally contradictory. Music, words and sound put Nirvana on the list as a "must have." 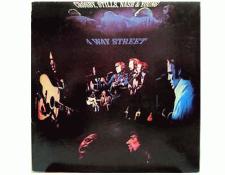 Crosby, Stills, & Nash was one of the first "supergroups," formed in 1968. Each was famous from other groups. Shortly thereafter, Neil Young, also a superstar, joined to make the band, Crosby, Stills, Nash & Young. Using clear or coded lyrics, the political protest song has been a staple of music for hundreds of years. In 1968, America saw its children being beaten bloody by its government in Chicago at the Democratic National Convention. Two years later, a different federal administration, but the country saw the Ohio National Guard kill four unarmed Kent State University students who were protesting the Vietnam War. That was the background for Neil Young's song, "Ohio." The repeated phrase, "four dead in Ohio," turned the dirge into a quasi-religious piece. It cemented CSN&Y as a formidable band and as non-official spokesmen for American counterculture. The incident and the song are considered contributory to public opinion in the United States turning against the war and to the atmosphere that would end in the resignation of President Richard M. Nixon, in 1974. 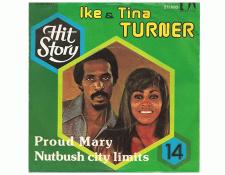 16) Proud Mary - Ike & Tina Turner - This is one of the few covers on the list. The song, written by John Fogerty and performed by his band, Creedence Clearwater Revival, ascended to number two on Billboard's national chart in 1969.  Ike & Tina's version climbed to number four two years later and earned a Grammy. With and without Ike, "Proud Mary" became Tina's signature tune and the power, sex and personality she pumped into the song's few minutes is a spellbinding spectacle whether it's a sound-only presentation or Tina's legendary legs go along. It's a rare audience member who is not grinning at the end.

15) White Room - Cream - Formed in 1966 and disbanded two years later, Cream may have been the first "Super Group."  Consisting of Jack Bruce, Ginger Baker and Eric Clapton, the trio's name came from the general belief that they were "the cream of the crop" by British blues and jazz musicians and aficionados. In those few years, the band produced four albums, including a double album, "Wheels of Fire." "White Room" is from Cream's second LP, "Disraeli Gears," that merged psychedelic and blues elements.  In addition to "White Room," the album includes "Tales of Brave Ulysses," "Sunshine of Your Love" and other now classic songs. 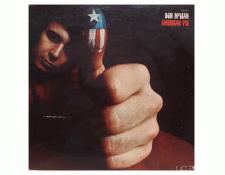 14) American Pie - Don McLean - There's little that's clear about "American Pie" except that it's almost endlessly arguable and good to hear. First released in 1971, the song memorializes "the day the music died," a plane crash in 1959 that killed Buddy Holly, Richie Valens and The Big Bopper--three of the most inventive rockers of their day. The song goes beyond that tragedy to reference the chronology of rock music from that day to the date of AP's release. Presley, The Beatles and The Stones all get their boxes checked, as do American cultural events, such as the Civil Rights movement.

Many of the references are ambiguous and have provoked analysis as well as argument. There is even controversy over where and when the song was written. When asked about the song's meaning, McLean reportedly quipped, "It means I don't ever have to work again if I don't want to." It's history and puzzling and good music.

13) Star Spangled Banner - Jimi Hendrix - Hendrix sang it at dawn on the fourth and last day of the Woodstock Festival in 1969.  The "3 Days of Peace & Music" was supposed to end the day before, but events changed calendars. There are other recordings of his performing our National Anthem, but this is the one that matters.  The Festival was overwhelming--everyone was there. 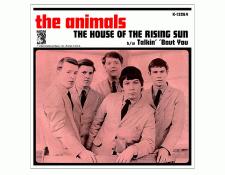 A farm in rural New York State became one of the nation's largest population centers. A year, almost to the day, after Chicago police smashed heads at the Democratic National Convention, nearly 500,000 mostly long haired--many stoned--young people held a music festival that was part protest, part celebration in the mud and rain that was largely as advertised "Days of Peace & Music."  In an angry and divided country, half a million of our children demonstrated caring, compassion and love that eluded their parents. There were two deaths--one a drug overdose and the second a tractor accident--and two births. And a veteran of the 101st Airborne celebrated the sun with an unforgettable version of our National Anthem.  Hendrix bought his legendary guitar chops and his completely innovative use of distortion and feedback. It was a day to be proud of our children and our parenting--and it was an American Moment.

12) House of the Rising Sun - Animals - This "folk" song has seemingly been around forever.  Versions date back more than a century.  The first time I heard the song, it was on a Josh White album and it's been recorded by talents as diverse as Dolly Parton and Dave Van Ronk--with versions by Woody Guthrie, Joan Baez and Nina Simone also in the catalog.  The importance of this one is that it became one of "Folk-Rock's" first real hits and more than half a century after its 1964 debut, still holds its own.