Building Blocks of a Classic Rock Library, Part I 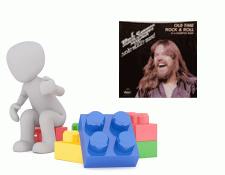 I believe that music is the one art form capable of evoking vivid, complicated memory. When we look at a great painting or sculpture, we can enjoy it, be excited by it, be moved by it, perhaps remember another time we've seen it. But music can bring forth memories of people, places, experiences, odors that other arts cannot induce. We remember song lyrics from long ago when other things from the same time period are lost. I remember the words to a song I heard in 8th grade, but I don't remember the name of my  homeroom teacher.

This is Part I of a three-part list, 33 songs that provide a starting point for a Classic Rock library. Most, I believe, will be pretty universally accepted. However, there may be a few (perhaps more) that are more influenced by personal experience and memory than musical significance. I invite readers to dispute my choices and substitute their own. Let's hear them. 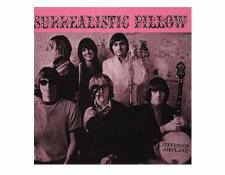 33) White Rabbit - Jefferson Airplane - The Airplane defined both "psychedelic rock" and the "San Francisco Sound."  "White Rabbit" appeared on the group's 1967 album, "Surrealistic Pillow." It was written and performed by vocalist, Grace Slick and is unabashedly about drugs. Using Alice in Wonderland and Through the Looking Glass as references, "one pill makes you larger, and one pill makes you small," with mentions of the "red queen," a "chessboard," and "white knight," the song evokes an hallucinogenic vision that managed to get past radio censors. In that, it joined the Beatles "With a Little Help from My Friends," and the Rolling Stones' "Mother's Little Helper."

32) Take It Easy - Eagles - The song appeared in the spring of 1972 cracked Billboard's Hot 100 list (at 79) on June 3.  It remained on the list for 11 weeks, reaching a high of 12. Take It Easy is credited to Jackson Browne and Glenn Frey. Browne created the song, but put it on the shelf. Frey heard an early version, suggested an end to the second verse and the two decided to collaborate. Frey is the vocalist on the Eagles version. Browne released a version on his "For Everyman" album. The song typifies the Eagles' affable output. 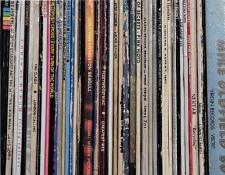 31) Old Time Rock & Roll - Bob Seger & the Silver Bullet Band - Can't leave the Number 2 ranking all-time jukebox hit off the list. The rollicking, nostalgic look back at Rock n' Roll made its first appearance on the 1978 "Stranger in Town" album. Early the next year it was released as a single.  In addition to being a juke favorite, the song made a memorable appearance in the movie, "Risky Business," with Tom Cruise lip-syncing it in his underwear. The scene arguably made Cruise a star. It was also featured on episodes of "Alf,"  "The Nanny," "Fresh Prince of Bel-Air" and "South Park." Perhaps, the best reason for its inclusion in the list is that when you listen to it, you feel good.

30) I'm Your Captain/Closer to Home - Grand Funk Railroad - The enigmatic 1970 "I'm Your Captain/Closer to Home" is about a mutiny at sea, with the Captain pleading for his command and his life. A second movement, ushered in by the sound of gulls, and then a ghostly, repeated, "I'm getting closer to my home." There are many who hear the song as a Vietnam War parable. Whatever its ultimate "meaning," there is little question that the song tells a gripping story. In New York's WNEW audience-selected "All Time" list the song ranked 71 in 1988. In the 2008 Q104.3 listener-selected list of the top 1,043 all-time rock songs, it ranked 112, climbing to 9 in 2015 and slipping to 52 last year. 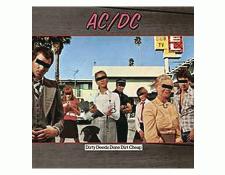 29) Dirty Deeds Done Dirt Cheap - AC/DC - The Australian band, AC/DC, is known for its driving hard rock rhythm, grim fatalism as well as its own history. Despite personnel changes, the band maintained an almost seamless and singularly gritty sound. Original band members, Angus and Malcolm Young and Bon Scott, wrote "Dirty Deeds." The song itself pays more than passing tribute to the "Beany and Cecil" cartoon Angus Young watched as a child. A character in that series carried a business card reading, "Dirty deeds done dirt cheap" and the song grew from that seed. It is an adolescent fantasy trip of revenge on a perhaps lecherous high school principal and then an unfaithful boyfriend--all done in a down-and-dirty voice conveying ultimate depravity. It's the apex of AC/DC's perverse, to say the least, brand of humor. Either you'll identify, relish and cherish the fantasy--or turn it off as over the top.

28) Piano Man - Billy Joel - Released in 1973 as a single and later included on the album, "Piano Man," the song became Billy Joel's first Top 40 hit--rising to Number 25. It was written during a period of Joel's disaffection with his record company and working as a lounge pianist in Los Angeles under the name Bill Martin. He says the characters are real, commenting, "If Davey was not in the navy, I would not have had a song." His first wife, Elizabeth Weber, was "the waitress practicing politics." The creator enjoys the song nearly as much as the audience. He has noted that often he will walk into a lounge and the piano player will immediately go into "Piano Man." But musically the song is a loop and there is no way out. When the pianist realizes it, he turns to Joel for help and gets a shrug for response.

27) Somebody to Love - Queen - "Somebody to Love" is another ballad, following the success of  "Bohemian Rhapsody" on the band's album, "A Day at the Races." Blues and Gospel were always elements of British Rock and "Somebody" is Freddie Mercury's tribute to a Gospel tradition in general and Aretha Franklin, in particular. The song is a plea to God for "somebody to love" that the singer has not yet found. The anguished, twisted articulation of the word "love" near the song's end evokes Gospel and Aretha, as well as loneliness and desperation.

26) Scenes from an Italian Restaurant - Billy Joel - "Scenes" is one of Billy Joel's most popular, longest and most complex pieces. Never released as a single, the more than 7.5-minute song is composed of five different segments.  The Intro is a set up with two old friends meeting "at our old Italian restaurant."  This leads to a "catching up" on where the characters are now and then a piano solo. The fourth section is "The Ballad of Brenda and Eddie" who "were the popular steadies and the king and the queen of the prom," and tells the story of their early and ill-fated marriage. The fifth and final section brings us, full circle, back to dinner at the restaurant. Joel effectively uses instrumentation/orchestration and tempo to delineate the sections and tell two compelling stories simultaneously. 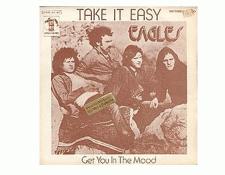 25) Piece of My Heart - Janis Joplin, Big Brother & the Holding Company -- An actor friend of mine has described a particularly intense performance as "leaving blood on the stage."  Janis has a compelling voice to go with the intense delivery and the phrase is particularly apt in her anguished rendition of this song. The emotion, rough edges and the rawness of her Big Brother band mates puts this one on the list.  She may well be her generation's Judy Garland in that pain and beauty are always present and her history is not unlike the Great Garland's.

24) Under Pressure - David Bowie/Queen - Released as a single in the fall of 1981,"Under Pressure" was a true collaboration of the band and David Bowie, with both Freddie Mercury and Bowie listed as producers. Bowie was at Queen's Montreux studio to provide vocals on a track that never made it to a record. "Pressure" was the ultimate result of improvisation and jam sessions working with material Queen already had. The concept behind the song is that we are all under pressure and the staccato-like scat singing re-enforces a jangly sense of urgency.  The song is unlike anything that either Bowie or Queen produced before or since. And seems particularly appropriate for this time. 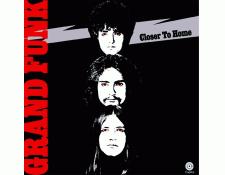 23) I'm Still Standing - Elton John - The song is a triumphant celebration of survival and victory. Written in 1983 by John and Bernie Taupin, it is similar in tone to other songs from singers who have gone through hardships from personal tragedies to popular eclipse and have come back with even more power. Perhaps the ultimate of the genre is Sinatra's "My Way," other notable examples would be Tom Petty's "I Won't Back Down" and Janis Ian's "This Train Still Runs."  The seminal music video that promoted the "I'm Still Standing," shot in Cannes and Nice, helped propel the song up the charts. It reached Number 12 in Billboard's Hot 100 and was recreated for 2019's movie about Sir Elton, "Rocketman."