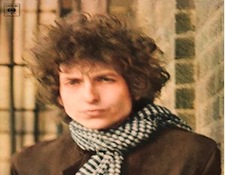 Highway 61 Revisited - Blond on Blond - Blood On the Tracks

Sony and Phillips have been heavily hyping their new Super Audio CD format since its inception almost two years ago. For most consumers SACD and its competitor DVD-A have been non-issues because of the lack of compelling software. Hardware manufacturers don't seem to understand that people only buy hardware so they can access software. Why attend a party where the only libation is tap water?

Releasing the Rolling Stones' entire catalog on SACD was a first step toward making the SACD format worthwhile. Releasing Bob Dylan's entire catalog on SACD may finally put the SACD format into the "must have" category. Of course, that depends on whether these new releases can add anything to our understanding and enjoyment of these seminal recordings.

Perhaps I should take a step backward. Some readers may know nothing about the SACD format. In short SACD takes digital recording to a potentially new level of fidelity and accuracy. Unlike CDs, which use16-bit PCM (pulse code modulation) digital recording, SACD is based on Sony DSD (direct stream digital) technology. Instead of relying on sampling an analog signal into distinct separate pieces, digitizing them and then reassembling them later, the DSD system doesn't use sampling, but instead digitizes a continuous analog stream of musical information into a continuous digital stream. This methodology eliminates the timing and extrapolation errors inherent in the PCM process, which chops up, then reassemble a stream of data.

The biggest commercial hang-up with SACDs stems from the inability of older CD players to successfully play this new format. Sony and Phillips' solution to this problem was to make hybrid SACDs, which have separate SACD and standard CD layers on the same disk. Slap a hybrid SACD on any older CD player and it will act just like a regular CD. The catch is that you will be hearing the CD layer, not the new SACD format. Only when you play a SACD on a new SACD player you will hear the SACD layer.

The cynics in the audience may be thinking "So what? Why bother with SACDs?" Perhaps this is a good time to mention that SACD is a MULTI-CHANNEL format that supports up to six channels (five full range channels and one low frequency channel.) Why is this important? It means that older two-channel recordings can be remixed as multi-channel and released via SACD. By now the Luddites in the audience are brandishing their miniature wooden clogs to ward away the potential desecration of their most cherished recordings. Like any tool multi-channel remixes can be done badly. The Neal Young multi-channel DVD-A remixes are a case in point. But they can also be done well. A good multi-channel remix can expand the natural soundfield in a way that makes the music more immediate and accessible. 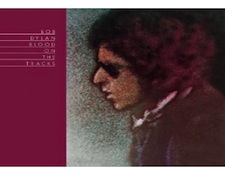 Since the new format promises better sound and higher fidelity the $64,000 question is whether the can actually sound better than the original releases? Since I have original vinyl LPs in my collection as well as CD copies, I was able to compare them all. The verdict? SACDs offer far more than merely old wine in new bottles; they make most earlier versions of Dylan's recordings sonically obsolete.

To be fair when comparing LPs to CDs to SACDs requires a level playing field. For my tests I used my major league he-man home theater system. Just to give the LPs a home team advantage, my LP playback system was over $2000 more expensive than the CD and SACD player, the Lexicon RT-10. Audiophiles can drop me a line for the system minutia. With a list price of over $65,000 for the entire kit and caboodle, even hardcore audiophiles should accept that it was revealing enough to make my comparisons valid. 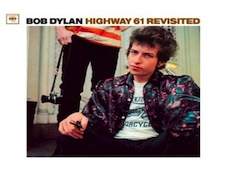 Since Highway 61 Revisited has only a stereo mix, comparing the LP, CD, and SACD versions should have been fairly straightforward. It wasn't. My CD version of this disc is a special 24Kt gold plated version made by DCC compact classics (GZS-1021). It has way more bass than either the original 360 sound red label stereo LP or the SACD. Too much bass, actually. The bass is the aural equivalent of a furry 200 lb. Sheepdog who's too happy to see you. Whomp - pow - and you're flat on your back.  The SACD and LP may lack some bass, but it doesn't distract you from the rest of the musical spectrum. The SACD wins in terms of detail and separation. On the LP all the instruments are homogenized into a funky wall of sound. On the SACD you can actually tell where one guitar stops and the other begins. Score one for the SACD.

For Blond on Blond I had another original red label 360 LP, and another premium version of the CD. This time the CD was a limited edition master-sound copy incorporating a 20-bit SBM recording process. And, yes, it's gold plated. Once more the SACD and LP sounded much closer to each other than the CD. Their midranges had a more natural and relaxed timbre than the CD, which sounded hard, dry, and at times downright nasty. The CD did have more bass than the LP,  but the SACD had as much bass as the CD. Overall the SACD had greater resolution and inner detail than either the CD or LP. Score two for the SACD's

The surround sound mix on the Blond on Blond SACD does have some distracting elements. I'm not sure I like having the organ and celesta tracks coming from the rear channels on "Temporarily Like Achilles." Fortunately on most cuts the rear channels only supply some ambience and spatial expansion. Purists should opt for the two-channel mix to avoid sonic peek-a-boo surprises.

The SACD of Blood on the Tracks makes the spatial differences between the selections that feature just Bob and his guitar with Tony Brown's bass, verses those cuts with a full band far more striking than on the LP or CD. The Bob and Tony duet cuts, such as "Buckets of Rain" and "You're Gonna Make Me Lonesome When You Go" sound fantastic - so natural you'd swear you were in the room with them during the session. At the end of  "Buckets of Rain" you can hear Bob heave a faint sigh of relief. The band cuts suffer slightly in comparison. Again the surround sound mix has some of the instruments prominently placed in the rear speakers. I'm not sure I like the mandolin relegated to the back of the bus. Still the clarity of the SACD, even on the full band selections far exceeds that of the LP or CD. Score three for the SACD.

Based on my semi-scientific survey of these three SACDs I have to conclude that the new Dylan SACDs rock. Producer Steve Berkowitz, mastering engineers Greg Calbi and Darcy Proper, mixers Phil Ramone and Elliot Scheiner, and tape researchers Didier Deutch, Matt Kelly, and Debbie Smith have brought Dylan's most important recordings to a higher level of fidelity. If you are a Dylan fan, a rock fan, or any kind of modern music fan, you NEED these new SACDs. CBS Legacy would only send me three titles for review, so I'm going out and actually buying the rest of the releases, that's how much I like them.