I had to look up the term "swan song" in preparation for this review of David Bowie's latest and last album, Blackstar  According to the Merriam-Webster Dictionary, a swan song is: 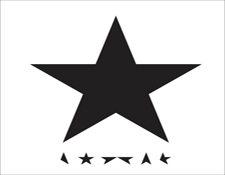 Their "simple definition" is "the last performance or piece of work by an actor, athlete, writer, etc."

I prefer the first definition...

I've confronted swan songs most of my life. As a little kid, when The Beatles split up, I was devastated. Abbey Road had been out about six months and my older brothers and I were all so into it. And then I read the news that day ...

TIME, HE'S WAITING IN THE WINGS

The Beatles were my first big musical love affair, so I was really torn up by their abandonment. Yes, abandoned: we'd relied on them all those years for hope and inspiration. And then it was gone. The drama was no doubt exacerbated by my being but nine years old at the time -- I felt the sky had fallen as other sad news of the period, from Jimi Hendrix and Janis Joplin's passing to Vietnam and Richard Nixon took their toll.

Eventually Lennon sang to us "... dear friends you'll just have to carry on, the dream is over."

It wasn't really over, however. Like Dylan had said, the times were just a-changing... We were all growing up, learning to cope with the ch.. ch... ch... changes...

Change for this nine year old spun fast and furious, but with it came the realization that like time, life indeed continued onward, especially given the stream of next-generation Beatle (and Beatle-related) music. Let it Be (the unfinished album the Beatles tried to record before Abbey Road) was mixed and rushed out. Paul McCartney's first solo album came out. Badfinger hit the charts with a Beatle-penned hit, "Come & Get It" and went on to make fine fab four flavored music for the next five years. Emmit Rhodes' eponymous album on Dunhill was the first slab of amazingly Beatle-esque music I'd heard from outside the Beatle universe (true story: Emmit's album was sent to me for free as a consolation from The Record Club of America which was out of stock on Let It Be, which they eventually sent as well. Really!).

YOU ARE NOT A VICTIM 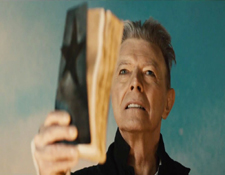 I soon discovered great musics my older brothers were listening to in the early 1970s from prog rock (Yes, Jethro Tull, ELP, Zappa) and jazz (Coltrane, Chick Corea, Mingus) to singer songwriter stuff (Elton John, Carol King, Seals & Crofts, John Sebastian, etc.). It was right around that time that a particular record hit the airwaves whiich was all mine in terms of discovery. The year was 1972 and I was now 11 years old when Mott The Hoople's "All The Young Dudes" broke out (released the month of my 11th birthday!). I bought that 45 RPM single and played it over and over and over. In retrospect I realize now that this was the first anthem for my ascending teenage generation. In its own way, that song drew a line in the sand between the past (the British Invasion, Hippies, Woodstock, etc.) and the future generation leading to the eventual punk and new wave movements of the late 70s.

At the time, I accepted that The Beatles were gone for good and I began to look for something new and hopeful... "All The Young Dudes" spoke to that 11-year old part of my brain.  Sure, I didn't fully understand all of what the song was about at the time. It didn't matter. I just knew it was cool and it was somehow saying I could be somebody, something... 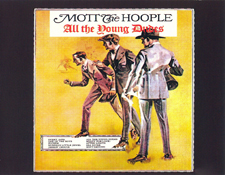 By the time I got to Jr. High, I was listening to Alice Cooper's School's Out and Billion Dollar Babies, The Who's Quadrophenia and Elton John's Goodbye Yellow Brick Road.  Zappa's Freak Out turned everything I knew on inside out. And by then I knew that David Bowie had written "All The Young Dudes." My friend Sean was way into Bowie so I started checking out records like Hunky Dory, Pin Ups, Aladdin Sane and of course Ziggy ...  It was cool when Elton recorded with Lennon, but the music he made with Bowie was much cooler ...

But just as fast as Lennon reappeared on the charts with Elton and Bowie, he retired to raise his son Sean. Five years later, he and Yoko Ono returned with the wonderful, Double Fantasy. And then he was shot down, murdered, taken from us all for good. Double Fantasy became Lennon's swan song. And that same shock and disbelief I felt when The Beatles split again hit me square between the eyes. There would be no more music from that Beatle. No chance of a Beatle reunion. Sean lost his Dad; Yoko lost her soul partner. Double Fantasy became a number one best seller posthumously. 45 minutes of aching beauty.

With Bowie's different-but-equally-shocking take-down from cancer, my thoughts turned to others who had passed suddenly leaving healing new music immediately behind:

Even Nirvana's In Utero went on to become the band's swan song after Kurt Cobain's suicide; I wasn't as connected to them as these other artists I've mentioned earlier, but I certainly understood the pain the fans were going through. They were left with 48 minutes of aching beauty. All apologies...

Possibly the most devastatingly beautiful swan song came from the man in black himself, Johnny Cash, with his cover of Nine Inch Nails' "Hurt."  Who needs a whole album when you have 3:38 of aching beauty like that?  But, there was in fact a whole series of American Recordings, albums Cash recorded in his later years, produced by Rick Rubin.

If all this sounds a bit morbid, I apologize. I'm just painting perspective on the process many artists have gone through (and the process I went through to prepare for this).

HIS SCRIPT IS YOU AND ME BOY

My reaction to David Bowie's passing surprised even me. I have all his albums, most on vinyl and many also on CD as well as live concerts, surround sound discs, videos etc. But compared to other artists such as The Beatles, Frank Zappa, Elvis Costello or Bruce Springsteen, I never considered myself an uber-hardcore fan.  I mean... I have only seen him in concert once (on the 1983 Lets Dance tour, at that)... But in writing this I realized I was a much much bigger fan than I ever considered; he'd somehow snuck into my daily being, which I've traced back to my original single version of "All The Young Dudes."

Thus, the shock wave when the news was announced late Sunday night, January 10 -- as The Hollywood Reporter announcement came through my Facebook feed -- was nothing short of the pain felt when John Lennon was murdered. Complete disbelief was followed by intense sadness. The Lennon parallels are undeniable: iconic artist puts out acclaimed recordings after a long sabbatical and is suddenly cut down. Cancer is every bit the heinous murderer that Mark David Chapman is/was. The shock value is equivalent. No one, apart from Bowie's closest of confidents, really saw this coming.