Bargain Watch: Rock Albums You May Not Know You Need by The Gun and Power of Zeus 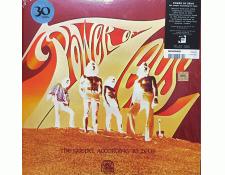 Every now and then I find some interesting bargains out there in the land of vinyl collecting which I like to share with you folks, dear readers of Audiophile Review. This is one of those moments.

So there is this phenomenon of recent years where obscure titles from the darkest recesses of vinyl record collecting mania suddenly become "must have" albums among DJs, tastemakers and bandwagon-jumping hipsters. Some of them may be due to a sample of a badass drum break making an appearance in a hit Hip Hop or Rap tune. Some of them may be due to a buzz whereby anything that was once popular is considered probably bad and that things that got overlooked are generally viewed with more interest.  I get it. I certainly have my share of obscurities, although most of them I keep in the collection only if I actually like and listen to them.

Last year I walked into Tunnel Records in San Francisco and they were playing a record I'd somehow never seen before or even heard about by a hard rock band called Power of Zeus (really folks, but hold of on the Spinal Tap jokes for a while longer). It sounded pretty groovy, sort of like Black Sabbath on uppers.  Hard driving. A little British flavored. Maybe a little funky at times. Even a twee acoustic moment here and there. 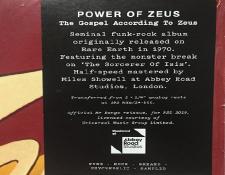 And the album was on Motown's short lived (but great) subsidiary label, Rare Earth Records. Here it was getting the half speed master treatment from no less than Abbey Road Studios and the same team that has worked on reissues by Brian Eno, The Beatles and Paul McCartney.

Who is The Power of Zeus?  Why is their lone album called The Gospel According To Zeus? And why are original pressings still fetching upwards of $200 a copy on Discogs?  Well, from a search on WhoSampled.com it looks like breaks from the album were sampled a bunch by the likes of Jay Z, Eminem and a bunch of others.  So that might be part of the surge of interest in the record (ya think?).

Its a pretty good album. To my ear, it is not all that much different from records by Vanilla Fudge and the like. Really, its not bad. But is it worth $200?  I dunno. This reissue is mastered from a 192 kHz, 24-bit transfer off of 1/4-inch analog reels (perhaps a safety copy?). It sounds quite good all things considered, again reminding me of Vanilla Fudge by way of Iron Butterfly and Black Sabbath. 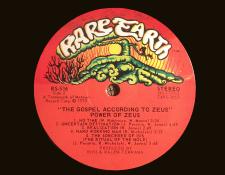 Well, the good news for those of you who might be curious but not willing to spend hefty collector's prices on an album like this, the half speed mastered reissue didn't seem to sell all that well. It has been popping up in discount spaces lately. I suspect that the demand for this album may have been overestimated. I got my copy last month at Tunnel Records for 25-percent off (about $17).  And I just learned that a DJ friend just ordered one from Mr. Bongo on sale for $10!  The Gospel According To Zeus is still on sale there so you might want to jump on this! (click here).

The other album I got on sale at Tunnel Records was one I've wanted for a long time due to it featuring the first album cover designed by Roger Dean. He is the artist who achieved notoriety in the 1970s crafting artwork that became synonymous with the Progressive Rock movement: Yes, Gentle Giant, Uriah Heep, Greenslade and many others. The Gun was a 1968 band led by the Gurvitz Brothers, one of whom later crafted a #1 hit for Eddie Money on The Bodyguard soundtrack! 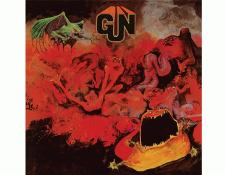 Gun's single "Race with the Devil" was a Top 10 hit in the UK. Here in America, it was always a bit of a record collector's obscurity as far as I could tell -- this album was a record I frequently saw on the wall of used shops I frequented back when I was starting to collect records in the mid 1970s. Mono copies can still command some coin while Stereo editions are a bit more reasonable.

However if you are simply curious to hear it -- as I was -- The Gun has been reissued by Real Gone Music on spiffy "red devil" splatter vinyl that is surprisingly quiet. They did a nice job on the packaging, using period accurate labels and it offers good quality cover art reproduction.

You can find this one on Amazon going for $15-$21 (I got mine for somewhere between that price). 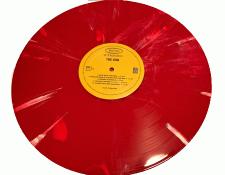 It is worth it for the hit track and some of the ambitious productions such as "Rat Race" with its added violins. "The Sad Saga Of The Boy And The Bee" is a really nifty slab of music at the crossroads of metal, pop and prog -- imagine if The Moody Blues were rocking a bit harder like Robin Trower-era Procol Harum yet delivering the whimsy of Jeff Lynne's Idle Race and Roy Wood's early band The Move. "Ruperts Travels" sounds like what might happen if Love tried to re-write Mason Williams' 1968 smash hit "Classical Gas." This is a good thing.

Even thought this one doesn't sound as good as Power of Zeus technically, I am no doubt enjoying the music of The Gun whole lot more.

Both are cool albums to have in your collection and now with these quite nice reissues you have no excuse not to have them. Grab 'em while you can.