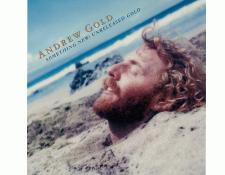 To fully appreciate an artist like Andrew Gold -- beyond his great Billboard Top 10 hit "Lonely Boy" and "Thank You for Being a Friend" (aka theme for NBC-TV's hit sitcom The Golden Girls) -- you really need to set the wayback machine to understand the times.  The 60s were over. Woodstock was great but a bust financially.  Altamont put a dagger through the peace-love-tranquility vibe of that generation right at the end of 1969.  The Beatles broke up. Vietnam was still going strong. Nixon was getting busted. Many bands went up the country to regroup and reinvent themselves finding new inner peace and for some even spirituality.

In short, a generation of people were burned out and disillusioned. Not unlike what we're going through now in many ways, but that is another story... 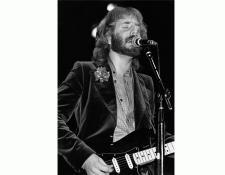 And amidst this mayhem, a persona known as the "singer-songwriter" emerged out of that late 60s morass.  Sure there was glam rock. And there was Hard Rock morphing into Heavy Metal and prog rock was on the charts. But solo artists like Paul Williams, Billy Joel, James Taylor, Cat Stevens and many others who emerged out of the post-Summer of Love groundswell came into their own as the new decade turned. 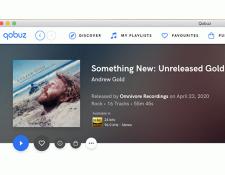 So many artists were trying their hand at this oeuvre.  And young Andrew Gold was among them. Before his hits... Before he was signed to a big record label... Before he became an in demand session player for the likes of Linda Ronstadt, Art Garfunkel and James Taylor, he was brought into a studio for a series of demos, produced by Chuck Plotkin who worked with the likes of Bruce Springsteen, Dylan and many others.

And then nothing happened...

Until those demos landed him a deal with Asylum Records two years later, beginning his string of hits.  Curiously, none of those songs on the demos ended up being used anywhere... until now!  Omnivore Recordings has issued them as Something New: Unreleased Gold and its a sweet little gem of an album. 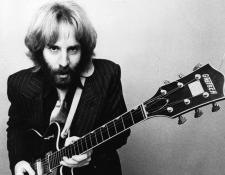 Now, you may wonder why is this happening now?  Really, one needs no reason to issue good stuff from the archives and this is a nice one for the fans.  But I suspect the fact that Andrew's song "Spooky Scary Skeletons" became a viral dance craze hit on TikTok last year (reaching more than 250 million people) might have renewed interest in his music again.

Alas there are no novelty songs like that here on Something New: Unreleased Gold but at least it is (... sorry, I couldn't resist this...) something new!  On this album you will hear several full band recordings and a number of simple piano and vocal tracks. All are of very high quality and the performances are solid.

The title track is a fun Beatle-esque rocker (I suspect that the name likely refers to the American-issued Beatle record from the '60s with the same name).  There is is a sense of searching holding these recordings together as an album listening experience. You can hear Gold trying to find his own voice. On several songs he sounds quite a bit like Billy Joel. 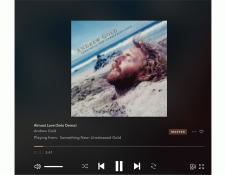 The chorus to the song "Almost Love" sounds eerily like a song Emitt Rhodes wrote back in that period -- "Isn't It So" -- but which didn't get released until 2016. Click here to listen to Andrew's song and here for Emitt's if you'd like to compare. And while you are at it, please click here to read my review of that fine fine album... as well as a fine live Andrew Gold album from a bunch of years back, click here.

If you like Andrew Gold, you'll enjoy these formative recordings.