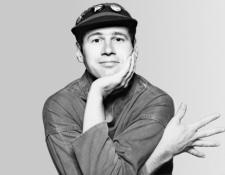 Just before the New Year, the world lost one of the great comedic tunesmiths of our times. Actually, I would argue, that we lost one of the great overall composers of our times, but I'll get to that in a moment. British singer, songwriter, producer and all around life inspiration Neil Innes passed away suddenly at 75 years of age after a fantabulous career which began with the influential and beloved Bonzo Dog Doo Dah Band in the 1960s 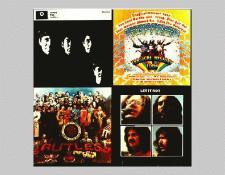 And The Rutles will be our jump-off point to discuss the brilliance of Neil Innes' work both as a songwriter and producer, details easily overlooked amidst the humor.

What made The Rutles' film and its recordings so spectacular was the authenticity and deep understanding of The Beatles' music which it was parodying (The Rutles were known as "the prefab four"). That the film had the involvement of an actual Beatle -- George Harrison has a cameo -- as well as a Rolling Stone (Mick Jagger) and Paul Simon (of Simon & Garfunkel fame) only cemented further The Rutles' conceptual brilliance. Perhaps the music was too brilliant, in a way, and The Beatles' publishing company eventually sued over it.

But to the fans, that didn't matter.  John Lennon loved it, apparently. 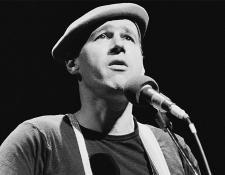 The rabbit was out of the hat and every Beatle fan worth his salt embraced The Rutles' music as the next best thing to getting an actual new Beatle record. Most of the songs were that good. There is even a tribute album out featuring many great indie bands covering Rutles tunes and there are numerous bootlegs! I just found a Rutles wiki! The Rutles arguably set the stage for equally revered later projects such as XTC's tremendous imaginary 60s psychedelic band The Dukes of Stratosphear (the surround sound reissue of which I reviewed last year, by the way... click here for that). Todd Rundgren's Utopia issued a Beatle tribute album in 1980 called Deface The Music.

And it is here where you, dear Audiophiles-who-like-the-Beatles-but-want-something-more, might want to more seriously consider exploring The Rutles album. In one single album it takes you through an imagined parallel career to The Beatles and many of these songs are so ridiculously catchy. 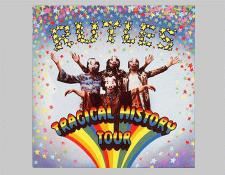 "Doubleback Alley" has all the right touches like The Beatles' "Penny Lane."  Listen how "Number One" not only has the right feel parodying The Beatles' cover of The Isley Brothers' "Twist & Shout,' but it has the right production aesthetic (extreme cowbell in one channel, reverb, big electric guitar sound and amplifier tone, etc.  ). "Ouch" has the "Help" feel down cold.

"Get Up And Go" was probably the weakest in the batch since it was very similar to "Get Back," as Lennon had warned them. According to the Wiki "Despite having received Lennon's and Harrison's blessing for the project, however, he was forced by ATV Music to credit some of the songs to Lennon-McCartney-Innes." Nonetheless, when you listen closely, Innes' ability to recreate the sound of The Beatles' 1969 back-to-the-roots quasi-live recording is quite uncanny. 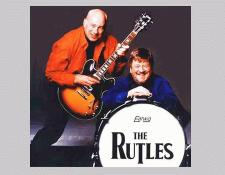 Play "Piggy In The Middle" side by side with "I Am The Walrus" and you'll have a killer psychedelic pop mix (actually, I began pulling together a little playlist like this on Tidal, click here to enjoy that -- do let us know if there are other Walrus-inspired tracks I should add to the list!).

"Another Day" may be the best of the homage pieces here because it is a great song in its own right that kinda feels like McCartney's "Martha My Dear" but is not really similar. Yet, the production flourishes are there right down to the little string quartet and earnest singing. Its quite a joy actually!

And so it goes in the world of The Rutles and Neil Innes. There is so much more to explore of his life's music so look for recordings with The Bonzos, The Rutles, Grimms, Monty Python and even under his own name on Tidal and Qobuz. Many riches await you. Also, be sure to look for the new reissue of The Rutles album (click here) on vinyl (which I plan to pick up soon as it recreates the British edition on Parlophone and comes with a bonus 7-inch single of non-LP tracks!).

Thank you Neil Innes for the musical inspiration which will live on to inspire future generations to come.

Rest In Peace and may you enjoy lunch for all eternity.