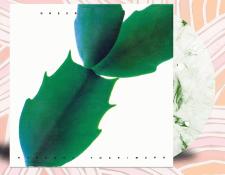 The genre known as "Ambient Music" is a curious thing as it generally -- at least in my experience -- falls on the positive side of a compositional style which could easily devolve into something less appealing to some of us : "New Age Music"

For what its worth, the Wikipedia defines Ambient music as "...a genre of music that emphasizes tone and atmosphere over traditional musical structure or rhythm. A form of instrumental music, it may lack net composition, beat, or structured melody."  I was happy to read the Wiki also defining New Age music as something quite different: "New-age music includes both acoustic forms, featuring instruments such as flutes, piano, acoustic guitar and a wide variety of non-Western acoustic instruments, and electronic forms, frequently relying on sustained synth pads or long sequencer-based runs." 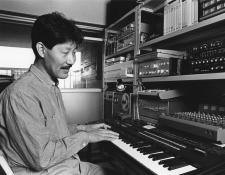 It's a fine but significant dividing line between the two forms, the latter generally (again, in my experience) crossing over into fairly bland commercial territories.  That is perhaps why it got so popular, triggering success for numerous artists.  And this isn't to say all New Age music is bad. I have some by artists who ride both sides of this fence like Kit Watkins (of Happy The Man fame) which are generally very enjoyable listening experiences designed for different purposes.

Ambient musicians take a more humble path, it seems. Brian Eno was my entry point into these spaces and I found his music -- along with pioneering works he created with King Crimson founder and guitarist Robert Fripp -- to be as exciting as it was calming. 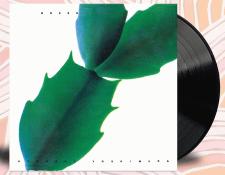 This opened my mind to fully appreciating the work of minimalist composers such as Steve Reich and Philip Glass.  I used to drive my roommates in college crazy using Fripp's "Frippertronics" recordings to drown out their partying noises while I was trying to study. If you are not familiar with Fripp's work, watch this clip from The Midnight Special in 1979 (click here).

Anyhow, all this is leading me up to the discovery of a musician I'd somehow missed: the late Hiroshi Yoshimura, who was a revered as a pioneer of Japanese Ambient music.  From a press release I received for the reissue of his album Green, "the long-awaited reissue marks the first time the highly sought-after and impossible to find album is reissued in any format. This edition features the original mix preferred by Yoshimura himself (previously available only on the initial Japanese vinyl release)" 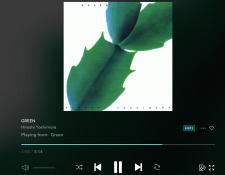 I haven't gotten my hands on the vinyl reissue of this album (it may take some time for that given the Covid-19 crisis) but I have been listening to his music on Tidal and Qobuz where they are streaming in CD quality.  Green is a really nice listen and it reminds me of some of the aforementioned Kit Watkins' solo releases which ride that fine line between Ambient and New Age musics. So, don't be surprised to hear sequencers here, but there is a sweet musicality and an almost minimalist sensibility that is pleasing. 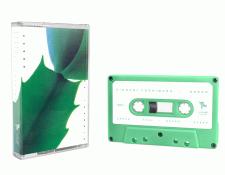 You can find Green streaming on Tidal by clicking here and on Qobuz here.  Both sound really nice as CD quality streams go. While you are there, do explore Mr. Yoshimura's earlier recordings Music For Nine Postcards and Soundscape 1: Surround (only on Tidal as of this writing).

Green is slated for release in June and you can pre-order one of several special editions (click here) including on vinyl including clear / swirl green, translucent green, standard black, CD and even on cassette!