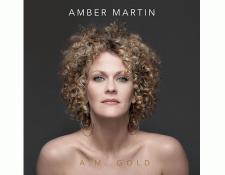 I'll tell you how I discovered this singer Amber Martin and her album A.M. Gold in a moment.  Lets just get into the meat of the review first because this is a fine fun pop recording that delivers not only some breathtaking vocals but also much terrific songwriting.  Ms. Martin's voice is big and ballsy. It can punch you in the gut, yet can caress when she needs to take your breath away. This album is brand new... to me, at least.

So, yeah, this recording came out in 2016 but my recent discovery of it underscores the reason why we all need to support live concerts and theater.  If I had not seen John Cameron Mitchell's brilliant Origin of Love tour -- featuring the music of his show Hedwig & The Angry Inch -- I never would have heard about Amber Martin.  She was a featured backup vocalist in the show and had she only been doing Mitchell's songs, that would have been more than enough to make me take note of a rising star. 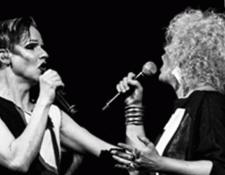 Mitchell no doubt recognized Martin's talent -- they are old friends apparently and their rapport on stage was evident and magical. But when he handed over the stage to her for a couple songs, the audience got a very unexpected treat: a choice cover tune picked specifically for the San Francisco Bay Area and a song from her album A.M. Gold.   The latter song was used in a film that Mitchell executive produced in 2017, based on a Neil Gaiman short story, "How To Talk To Girls At Parties." She has apparently even been a featured vocalist on a Scissor Sisters single ("Inevitable," click here to listen)

That cover song she performed was a jaw-dropper. Given that Martin was born in Port Arthur, Texas -- birthplace of Janis Joplin -- and since they were in the Bay Area, they broke out a searing cover of Janis's classic "Kozmic Blues." She totally nailed it and the crowd was rapturous in their applause. I haven't found any videos from the show posted anywhere thus far (what gives people???) but there is a clip of her doing the tune from a Janis tribute show she's done in the past (click here). 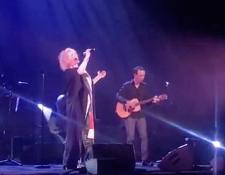 The other song she did was "Bermuda." It is just a knock out of a song... After the show, I made a beeline for the merch table and gleefully plopped down the $25 to buy her album on vinyl. The standard weight black pressing is solid, quiet and well centered. And it presents her voice in a fine bright light.

The title A.M. Gold  is not lost on me either, as there are a multitude of styles she tackles across this record, just like if you were switching channels on your old transistor radio ('member them?).  Part of that credit must go to Ms. Martin's songwriting and performing partner, Brett Every. The man can write a good original pop tune and a well crafted homage. So some of the songs here seem to echo the ghosts of pop hits from the past while still managing to sound current and original.

Opening track "Tell Yourself" sounds like an outtake from a late period Janis album.  "Your Favorite Song" sounds better than anything I've heard by Natalie Merchant and 10,000 Maniacs, which it sort of seems to pay tribute to. 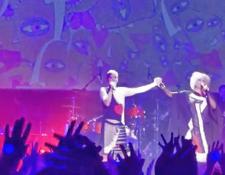 But then there are these breathtaking originals such as the song she sang at the Origin of Love tour, "Bermuda." You can hear a somewhat stripped back version of this song streaming on Tidal (click here) and Qobuz (click here).  You can find Amber's album on her Bandcamp page as well as Amazon and iTunes.

"Bright Lights, Long Shadows" launches from an earworm of a piano riff into an echo melody of peak period mid-70s Fleetwood Mac flavor before floating into another bigger universe. "On The Night In Question" feels like what might happen if Pat Benatar was produced by Kate Bush.

A.M. Gold's haunting album closer "If You Die In Space" comes from an off Broadway production called The Astronaut Love Show and feels sort of like if Carol King re-arranged Bowie's "The Bewley Brothers" (from Hunky Dory) for a musical starring Laura Nyro. 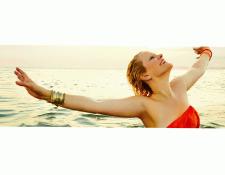 You can also hear A.M. Gold on Spotify (click here). In general, I'm not a particular fan of how Spotify treats music (it sounds pretty squashed and compressed), but for a lot of people it is a quick, easy way to explore a lot of different artists and genres. So if you listen to it first there, I encourage you to go out and buy her album from another source as the music sounds a lot better than what that service is offering.

Any way you get it, you should listen to A.M. Gold.  It is a fun and at times poignant album.