Across The Universe LP : Patchy or Fine?

I was as surprised as you probably are to learn that I liked Julie Taymor's 2007 conceptual movie based on the music of The Beatles called Across The Universe. As a lifelong Beatle fanatic, I should have been the absolute last person to like something like this. I mean, the history of the many Beatle-flavored productions have been at best middling over the years, from the awkward All This And World War II (1976) to the travesty of the Sgt. Pepper's Lonely Heart's Club Band movie (1978). 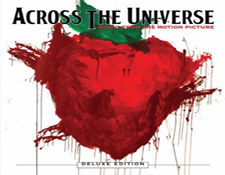 Perhaps the producers of Across the Universe were inspired by Cirque Du Soleil's fine stage production Love (2006) and its amazing soundtrack of actual Beatle songs that were re-invented by producer Giles Martin. I don't know. But whatever the case, the producers of the music behind Across The Universe created a soundtrack of a very high pedigree; T Bone Burnett and Jimmy Iovine clearly knew what to do and what not to do.

The result is that -- for me, at least --  this is pretty much the only collection of non-Beatle-made, full vocal interpretations of Beatle music that I can enjoy start to finish.

Sure, there are exceptions:  Joe Cocker's landmark re-interpretation of "With A Little Help From My Friends" is one huge stand out. Jerry Garcia's reggae-fied in-concert interpretations of  "Dear Prudence" were usually outstanding. I've enjoyed The Flaming Lips' insanely tripped out re-think on the whole Sgt. Pepper album. 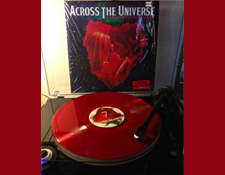 I'm a big fan of the free-for-the-streaming more-than-a-mashup called The What Album by The Beatels (an Australian Beatles tribute group which created something pretty amazing, but that is a whole other topic for discussion another time).  Jazz and funk fans should definitely seek out Ramsey Lewis' still stunning 1968 release Mother Nature's Son.

But... those are isolated cases. For the most part, vocal Beatle cover versions tend to leave me flat.

For Across the Universe,  that the producers take some fine creative liberties with the arrangements which bring new focus to the songs. The musicians and singers for the most part seem really into the project, so the performances are exemplary, especially in the context of the film.

A big part of my connection to this music is very much due to my liking the movie. It is a film that can be enjoyed on many levels -- as a casual filmgoer, as a child of the 60s, as a Beatle-fanatic. There are details in there which pull you in and connect you to the music on a more heart felt manner than most productions. So for those of you reading this who have not seen the film and are wondering whether you need this album at all, I strongly recommend that you first go watch the movie to see if you like it. 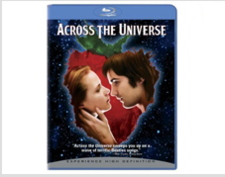 If at that point you like the film, do get the Blu-ray Disc which looks and sounds spectacular. A great 5.1 soundtrack there!  In fact, I reviewed it here on Audiophilereview several years ago if you'd like to read more about my experience with that version.

Then, get the CD soundtrack... and if you are really really geeking out on it (like I did!), pick up the two CD deluxe edition soundtrack with its many bonus tracks.

Of course this brings us full circle as to whether you really need this special Record Store Day edition two LP set which only gives you 16 highlights from the soundtrack. The vinyl generally sounded real nice for the most part (more on that in a moment). But then, the CD sounded real nice too so the benefit here is getting that extra bit of analog warming that might be achieved by playback through tubes and other signal processing gear. This is a modern recording which sounds pretty fabulous, but it probably was recorded on digital gear, for those of you who care about that sort of thing. 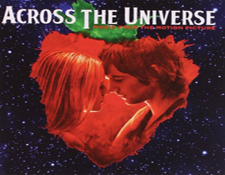 My bigger issues with this vinyl incarnation are twofold.  The reality is there is a LOT of music that did not make it onto the LP and thus the CD is essential -- the two CD version, in particular.  Also, I'm sad to report that one of the discs in my set had some pretty nasty audio anomalies on it. The vinyl "looked" perfect, but when playing there were a lot of noises throughout the disc. And, it wasn't the occasional "pffft" type sounds that non-fill can create in an LP pressing -- no, this sounded more like scratches (which is, again, an odd thing as the disc looked pristine, even holding it up to the light).  It was nasty enough for me to return the album to Amoeba Records which was a big drag since they were all sold out of the album (which was a limited edition for Record Store Day apparently) so I couldn't exchange it for a new copy. So, I will have to wait a bit until I find another -- hopefully better sounding -- copy.

All that said, I heartily recommend that you check out the movie (its about $10 on Amazon Prime!) and then get that two CD collection and you should be pretty well set.

As Jim Morrison once said:  "This is the trip, the best part. I really like."