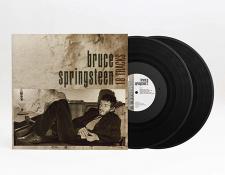 Sometimes I think too much about how albums created during the peak of the CD-era will fare in these 21st century times where some listeners (especially here on Audiophile Review) are looking for albums that have an analog feel. This can be challenging for recordings crafted in the digital domain or perhaps mastered to digital tape and such.

And... then I get a copy of an album like Bruce Springsteen's 18 Tracks -- reissued on vinyl earlier this year for the first time since its original release -- and my worries go away for a while as I breathe a sigh of relief that everything will probably be OK.

At the time of its release (1999), the companion boxed multi-disc CD set called Tracks was a joy, with many rare tracks, demos and B-sides that had been frequently bootlegged over the years. 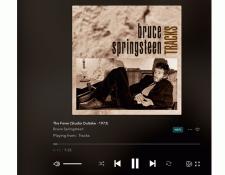 If you were a hard core fan -- of which I am -- you had to also get the single CD 18 Tracks album as it had three songs not on the boxed set. That one of those tunes was one of Bruce's most revered compositions made the album both frustrating and essential.

That song, "The Fever," was recorded by a sort of stripped down version of the  original E-Street Band, with Vinnie "Mad Dog" Lopez on Drums. From this release we learned that Bruce was playing Piano on this, not then-pianist David Sancious, which makes some sense listening in 20/20 hindsight.

For years, decades really, it was only available by trading tapes with friends as the song was initially distributed to radio on tape. WNEW-FM in New York used to play it all the time.  On 18 Tracks we finally get it! 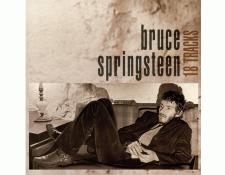 Well, almost. All the tracks on this set (and the CD boxed set) were remixed so its not quite the original version we heard on the radio. Its probably better in many ways. Regardless, if this is as close as we get to a perfect version of "The Fever," I'm good with it. It sounds real good as does most of the whole of 18 Tracks on vinyl.

The bass and midranges are much fuller than the CD. Happily the high end is not especially crunchy (my word for that sort of trebly artifact that can grace some digitally mastered recordings, especially when transferred to vinyl). Kudos to Bob Ludwig of Gateway Mastering for making sure these 18 Tracks sound good and play nicely against one another... track-by-track.

On the streaming services, you can listen to Tracks up there in complete form (with the bonus tracks from 18 Tracks all in the same stream) in CD quality. Click here for Tidal, here for Qobuz (24/44) and here for Spotify. 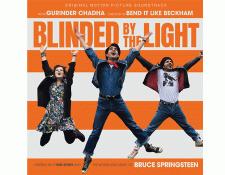 In other Bruce related bargain news, the soundtrack to the great 2019 film Blinded By The Light is out on vinyl. Bruce fans will want it because there are three new Bruce rarities including one brand new track ("I'll Stand By You").

The two live recordings include an early version of "The River" from No Nukes: The Muse Concerts For a Non-Nuclear Future at Madison Square Garden in New York (September 1979) and an acoustic version of "The Promised Land" recorded live at the National Mall in Washington, D.C. for The Concert For Valor (November 2014).

For completists, you can get Bruce's complete No Nukes sets from those shows at nugs.net (click here for a promo about it on YouTube).

As an album listen Blinded By The Light fails for me as it is ultimately too long and loses steam by interconnecting tracks with dialogue from the film. I appreciate what the producers were trying to do but I think it could have been whittled down to a more fan-friendly single disc which might have sold better. 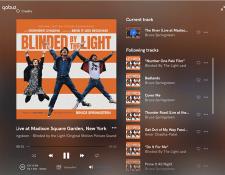 Instead Blinded By The Light ended up in the Popmarket.com bargain crate (and thus it was affordable enough for me to spring for it to review for you, Dear Readers!). It is going for even less on Amazon now (click on any of the title links here to jump to it)

Do you need Blinded By The Light on LP? If you love the movie (which, again, is terrific!) or are a Bruce vinyl completist -- or both! -- that answer is a resounding: yes!

For those who may be curious, you can find the album up on Tidal (click here) and Qobuz (click here).

Of course, if you wait another 15 years, maybe these previously unreleased Springsteen songs will appear on the sequel to Tracks.