What Ever Happened to Progress? 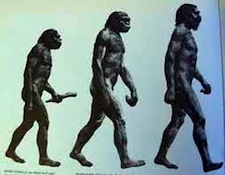 I can remember one time when I was a REALLY little kid (call it sometime in the late 1940s), I and my paternal grandfather were watching an episode of one of the Flash Gordon serials on the (probably) eight-inch black-and-white screen of my grandfather's television set, and my grandmother came into the room and said something to my grandfather, to which he replied "Shhh, Becky; this is on Mars." Well, not exactly Mars; more like the planet Mongo, home of Ming the Merciless, Emperor of the Universe, and the fact that it was pure fantasy (ZZZZAP!!! "Take that, Gordon! Let it be a lesson to you; the next time I'll disintegrate the OTHER half of your body!"), and that neither Mongo nor Ming were real at precisely that moment made no difference to us at all: Both I and my grandfather KNEW that it was only a matter of time before the world of space travel and ray guns and girls in metal bras and aircars and cities of colossal towers interconnected by flying bridges would become real, and we knew that we were getting closer to it every day. 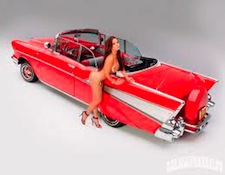 Even into the 1950s and '60s, I and all my friends waited for the (usually September) announcement of the new cars, certain that each new year would bring wonders and glories of greater beauty, greater luxury, and improved performance. 1957 was a particularly good year for that, with the ― still and growingly classic ― 1957 Chevy Bel Air, the stereo record, and Sputnik all coming one after another, in what seemed to be a never-ending cornucopia of progress toward the fabulous future we knew to be on its way!

The next step in Hi-Fi's march into the future was the introduction of transistors, which, as proof that they really WERE the future, had, for the first time ever, made portable radios really portable ― even shirt-pocket-sized. (Until that time, a portable radio tended to be a 15 to 20 pound tube radio built into a suitcase and was, as one comedian of the time said of the Olivetti portable typewriter, "... considered portable only because it had a handle.") This giant leap forward was marred, however, by the facts that those early germanium transistors had a tendency to hiss and that some early "transistorized" HiFi circuits (McIntosh's first solid state offerings, for example), didn't really sound all that good.

Please forgive the wildly mixed metaphors, but had the first cracks appeared in the future's feet of clay?

For whatever reason, the wild enthusiasm of the post-war years and through the 1950s and early '60s seemed to fade away. Perhaps because it was almost a full twelve years from Sputnik to man's first step on the moon, and, perhaps because we EXPECTED space travel and glories much greater than just "one small step for [a] man...", that truly magnificent accomplishment seemed almost trivial as compared to the wonders that we who read ― not just science fiction, but the mainstream press― had come to take for granted.

Perhaps in expression of at least some aspect of these new feelings, William Z. Johnson founded Audio Research to bring back tube electronics in 1970, and the last man landed on the moon in 1972, with no human interplanetary missions (or even other landings on the moon) since that time. 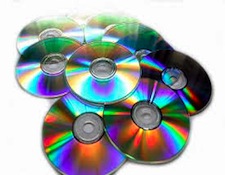 It's not just solid state electronics and space exploration that have arrived in a burst of (at least expected) glory and then lost momentum in the face of rebounding earlier technologies. In Hi-Fi, digital sound recording and playback, initially in the form of CDs, hit the mass market in 1982, to cries of "Huzzah!" and promises of "Perfect sound forever", only to be met by, now, in the second decade of (OMG!) THE TWENTY-FIRST CENTURY, a burgeoning market for LPs and (trust me) analog tape.

In the "Middle Ages", scholars believed that the Greeks and Romans had reached the pinnacle of human civilization, and when they did research, it was not toward new accomplishment, but was really re-search in hopes of unearthing the fruits of past greatness. Is that what's happening now? 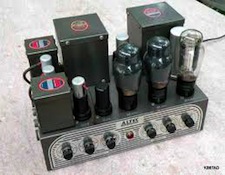 Since at least the mid-1980s, I have seen more people in audio refurbishing old Altec PA amplifiers, resurrecting horns and Williamson amplifier circuitry, and going absolutely baroque in their elaboration and/or refinement of old analog gear - especially turntables, for which, now, even the sky seems no longer to be the limit in terms of cost and complexity - than I have seen doing original research or striving for actual innovation. Oh, of course, I know that there are still some out there - I'm even proud to be one of them - but where is the belief that the future is golden and inevitable? For the most part, it seems that whatever real advancements in audio technology are being made are being made by the big, mostly Asian or computer-related companies, and that while we accept them, we also put them down as "Mid-Fi" or simply appliances while many of us look backward for greatness.

What's going on? Are Ming and Mongo forever to remain fantasies? We're IN the future, and all many of us seem to be seeking is the past! Don't you care that there are no aircars or colossal towers connected by flying bridges? Don't you still long for "Perfect sound forever"? Don't you WANT girls in metal bras?

Whatever happened to progress?