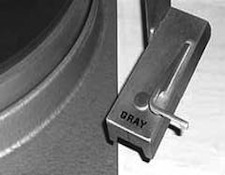 Whether the 16 inch size was dictated by the need to be able to record 15 minute program segments at the then-standard speed of 78rpm on a single disc, or the length of the program segments was dictated by the recording time limits of a previously-existing disc format, I have no clue, but for whatever reason, a 16 inch 78 rpm disc would hold 15 minutes of program material, and worked perfectly as a means for the networks to get programming to their affiliated stations. Those stations would then, when they broadcast the programs to their local market, either use whatever network commercials might be on the disc, or skip them and add local commercials of their own during the necessary breaks for FCC-required station identification or changing and cueing-up the next program disc.

The turntables used for playing these 16 inch discs were called (for obvious reasons) "transcription" turntables, and the extra-long tonearms required for the bigger discs came to be known (for the same reason) as "transcription' tonearms. (If you've ever come across that term before, now you know where it came from.) Among the transcription 'tables on the market in addition to the ubiquitous RCAs, some of the most popular with broadcasters were those from Gray Research. 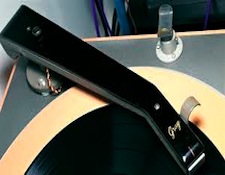 To a broadcast or recording engineer whose livelihood depends on it, reliability is among the very first considerations in making an equipment purchase. That's one reason why, in later years, Ampex tape recorders were the choice of professionals, instead of the distinctively wooden-cased Tandbergs (to cite just one example) that many people thought were actually better-sounding. Turntables (and arms) from Gray Research had reliability in abundance!

Gray's slogan was "Built like a battleship", and they weren't kidding: The Gray turntable's base plate (and, if one was used, its "console" floor-standing cabinet) were made from quarter-inch thick real battleship-style armor plate and its 16 inch platter was concrete-filled; weighed in at - even by the standards of today's most exotic record-playing gear - an impressive 75 pounds; and was spun by a four-pole washing machine motor! 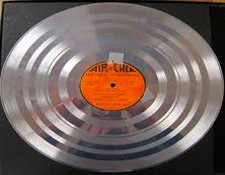 As must be obvious, with that much rotating mass and all the angular momentum of its 16 inch platter (especially at 78rpm!), the Gray 'table's "wow and flutter" figures (even with that four-pole motor) were phenomenal. So, too - again because of its sheer brute mass -- were the 'table's platter resonance and (especially when console-mounted) its freedom from both internal and external vibration. About the only potentially worrisome element of the Gray's operation might have been vertical "rumble", but because, unlike modern stereo recordings, the monophonic grooves of the day were cut horizontal-only, with no (45 degree) vertical component and, consequentially, the phono cartridges of the time neither needed nor had any ability to retrieve vertical information, whatever vertical rumple there might have been was not a consideration.