Dragging a Rock across Plastic to Make Music, Part 3

In Part I of this new series, I wrote about the very first electrical phono cartridges -- those that used the wiggling of a "needle" as it tracked the record groove to bend either Rochelle salts crystals or a piezo-electric ceramic material and produce voltage that would drive an amplifier and make music. Part 2 went on to talk about the "magnetic" cartridges that came along to become dominant for phono playback and leave those others just for special purposes or for applications where - either because the cartridges, themselves were cheap, harder to break, and easily replaceable, or because their very high output and largely self-equalizing nature allowed for savings on their associated amplification electronics.

Changing over to magnetic cartridges required more from the industry than just a change of the cartridge, itself: The output of the GE "Variable Reluctance" cartridge (the industry's game changer and the first magnetic cartridge I ever owned) was unusably low (5-10 millivolts, instead of the earlier 1 or 2 Volts) for electronics that had been designed for the higher output of previous designs. Also, because its frequency response was "flat", instead of conveniently "skewed" (boosted bass; rolled-off treble) to provide its own (fairly close) playback equalization, the GE and all of the magnetic cartridges to follow it required not only pre-amplification (to raise the output to a level that the amplifier could handle) but equalization, to correct for the original equalization (See Part 1 of this series) always used in recording.

Both of these problems could be solved with either another built-in gain stage in the amplifier or receiver, or with a separate "outboard" device to bring the cartridge's output up to a usable level and to provide necessary playback equalization which, until the RIAA curve for recording and playback was accepted universally, could have been any one of almost as many "standards" as there were major record companies. Although the trend toward separate components instead of console systems had been started as early as the 1940s, I think that it may have been the advent of the magnetic cartridge and its need to be able to play records with any of several equalization standards that resulted in our modern control preamplifiers. 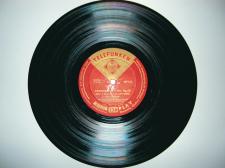 Far offsetting the extra expense and greater necessary system complexity of the magnetic phono cartridge were a number of very distinct benefits: First, and probably most important, was the fact that they simply sounded better - clearer, and with the ability to extract very much more low-level information from the groove than earlier playback devices. Second, and, in the long-run, nearly as important, was that, having a lot more physical compliance than their piezo predecessors, they not only allowed for, but required, very much lower tracking pressures (down from as much as an ounce or more to just a couple of grams) than the old piezos. That, just in itself, made for a whole series of benefits: 1) much longer "needle" life (which was a good thing because styli for the new cartridges were both harder to change and much more expensive than the old steel, osmium, or even ruby-tipped "needles" had been); 2) the use of vinyl (originally called "vinylite") for the records, which gave them quieter surfaces and made them cheaper and easier to produce; and 3) the combination of reduced tracking force and improved materials made for very much less wear on the records each time they were played.

When CDs first came out, they claimed "Perfect Sound Forever" and promised that never again would record wear be an issue. Why that should have been a claim worth making becomes obvious with just a little thought about what's involved in playing a phonograph record and a calculation of some of the significant factors. 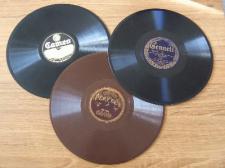 To start, let's consider the old mono 78 RPM record.  The playback "needle" for that typically ranged from .0025" to .003" in tip diameter (Among the things used as "needles" were real cactus needles, which, because they are relatively soft were thought to produce less record wear. Their sizes weren't rigidly controlled, however) and had a nominally "conical" [round cross-section] tip. The tracking force for 78s also ranged considerably, but because the cartridges they used were crystal or ceramic, one ounce (!) can probably be considered typical.

The standard tip diameter (also conical) for the original mono LPs was 1.0 mil (.001"). Modern stereo cartridges, whether moving coil, moving magnet, moving iron, or something else, entirely [Yes, there are other kinds of cartridges besides, crystal, ceramic, and magnetic - I'll write about them later in this series] may (and in most cases, do) use styli of other than a conical shape and, accordingly of different tip diameters, but they all tend to have an average tip "diameter" of around 0.7 mil (0007"). Doing the same calculation for one of those modern cartridges gives us: 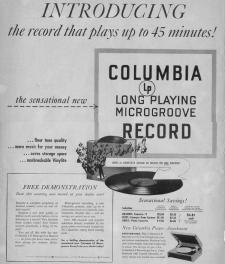 Certainly 4 1/2-tons per square inch is a formidable load for any material, but it's still less than the 5 tons (10,000 lbs. = 5 tons) calculated for earlier records and cartridges.

The introduction of "microgroove" recording, with narrower grooves, placed closer together, was necessary for getting the extended playing time of LP ("long playing") records. The narrower groove required a narrower stylus to play it, and the narrower stylus made for less surface contact area, which made for vastly increased surface loading. Given that, imagine what it would be like if the high compliance of magnetic cartridges didn't, allow for lowered tracking force: There are 28.375 grams per ounce. (454 grams per Lb. ÷ 16 oz. per lb. = 28.375) that means that our current typical tracking force of 2 grams is less than 1/14th of an ounce, and that if, instead of it, we were to try to track our records with a modern 0.7 mil stylus tip at a one ounce tracking force, the actual tracking pressure would equal more than (14 X 8,990 lbs. =) 125,860 lbs. [= 62.93 tons] per square inch. Records might become "one-play-only" or record-playing might even become impossible. (!!!) 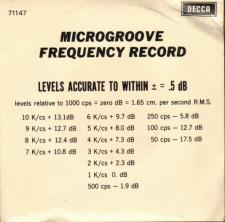 The better sonics of magnetic cartridges of all kinds, coupled with the greatly reduced record wear their increased physical compliance allowed, and the switch to vinyl (instead of shellac) for a quieter, more durable surface, all came together to make the LP record the popular recording medium of choice for four decades. During that time, scientists, engineers, hobbyists, and tinkerers had time and the opportunity to bring it very close to perfections. Some of the problems they encountered, once the disc, itself, was optimized, had to do with the styli and other internal parts of the cartridges.

I'll tell you about them and about some of their (attempted or working) solutions next time.