Digital or Analog: Which Do You Prefer? 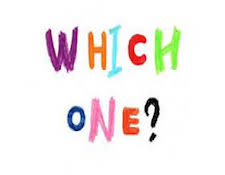 Ask 50 audiophiles if they like digital or analog and if you don't wind up with a riot on your hands, you'll probably get a similar answer as with the cars. Some people will prefer digital, some analog. It probably won't be an even split but I suspect somewhere close. Why?

Personally, I see digital and analog as two different sides of the same musical coin. Flipping the coin over and over may not necessarily help one decide which format to choose. It is just not that easy of a decision, especially if you don't have a strong, decided preference.

My decisions for listening to either format are a little different. Actually, I like the attributes of each. After my analog upgrade the turntable now sounds wonderful. Conversely, digital has advantages that appeal to my middle-aged nature. Twenty-five years ago I took the stairs two at a time. Today, I make darn sure that when I do use the stairs everything I want is either with me or where I am going. It's a matter of practicality.

When I listen to digital, I typically, by means of the iPad, let the server pick a hundred or so songs and select them to play at random. Provided I don't have to get up for some reason, like the house catching on fire, I can just sit there and enjoy one song after another. If one plays that I don't really like, I hit next and it's gone. Real simple. And practical. 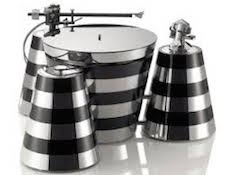 Listening to analog takes more effort. First I have to get the record-cleaning machine out and fill it with distilled water. Remove the record from the sleeve, then three minutes of ultrasonic buzz and two minutes of vacuum blowers and the record is dry and ready to play. After cleaning, I remove the center weight and outer periphery ring, put the record on the platter, replace the center weight and outer ring, turn on the turntable, switch the preamp to phono, be sure the tonearm is properly aligned, lower the cue lever, adjust the volume and finally go sit down. Then about 20 minutes or so later I do it all over again (except the cleaning) before I can play side two. Isn't this hobby supposed to be fun and relaxing?

Honestly, I really do like both formats. I have days where I will get out a stack of LPs and clean, cue and play to my heart's content. Analog does, in fact, sound remarkable to me. I have a 1967 release of Cat Stevens' Mathew and Sons that I absolutely love. I also recently wrote about the MoFi version of Goodbye Yellow Brick Road that I think sounds absolutely amazing. On analog day, that one may easily get a spin. It is also difficult to discount the quality of many of the reference albums available today. Like 180G, half-speed mastered, audiophile-grade LPs. They sound remarkable. 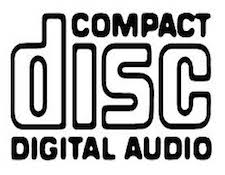 If I had to have a preference it would, however, undoubtedly be digital. For me, the intensity and presence, the clarity, power and dynamics, at least on my system, that digital provides moves me in ways that analog does not. Again, on my system. Understand also that I'm not making any sort of a format declaration here. I'm not saying one is better than the other. I do like both but I usually wind up listening to digital more than analog. Everyone has his or her own preference, just like a sports car or sedan.

Either way, and hopefully I haven't incited too much of a riot, they both can sound pretty amazing. How an audiophile may choose to listen to music is a very personal thing. While there is no real right or wrong answer to the preference of digital or analog, it is one of those topics that will universally cause a sensation. For every reason for one and against the other there are likely as many in support of the opposite. We audiophiles can draw our lines in the sand but at the end of the day, like it or not, they both have their advantages.

I think today might just be an analog day. Shoot, that means hauling that heavy record cleaning thingy out of the closet. Oh, well, that's the price an audiophile pays.