Whenever I set up a new system, or swap out a component in one of my systems the first thing I listen for when I turn it on is hum or noise. I call this part of the set-up "the hum patrol." I'm not a big fan of extraneous noise in a system, whether it's a hum, hiss, whine, whirr, or buzz, I don't want to hear it, so I try to nip it in the bud early in the set-up process.

When I do hear noise that I feel should not be present, the next step is to figure out where it is coming from. Usually the first step is whether the hum is related to a particular input - that's easy - if the noise disappears or changes when I change inputs there is something going on with a particular input. If the noise does not change, regardless of input, it's time to move on to the next possible culprit - the preamp. The easy way to do this is to turn off the preamp (I recommend turning off your amps first, then turn them back on after you've turned off your preamp to avoid turn-off thumps) and see if the noise disappears or changes. If the noise goes away, the problem is in the preamp. If it does not change, then I listen to the tape-out into a pair of headphones or the headphone output if the preamp has one. Again it there is hum it's still a preamp problem, if not then the noise is being generated by the amplifier by itself.

Recently I had a pair of power amplifiers that had a base-level hum. I went through all my tests and concluded that the problem was with the amplifiers themselves. I returned them to the manufacturer. The manufacturer could find nothing wrong with them and concluded that they were passing noise that somehow was not being passed by my reference amps. Fine, but I'm not sure that was really what was going on. Since the manufacturer did not find a problem with the amplifiers I did not ask for them to be returned to finish the review, since at that point the review was, in my mind, dead. 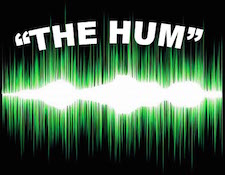 I had another hum problem recently with a headphone amp. It had a low-level hum even when the inputs were muted. Changing headphones did not reduce the problem. I contacted the designer who told me that due to the nature of the design some hum was inevitable and part of the design trade-offs made for that particular amp. I returned it to the manufacturer. Despite the amps positive attributes, the hum was for me a review-killer.

I know that for some audiophiles a bit of low-level hum is perfectly acceptable, and I can't tell you how many systems I've heard at shows that had a noticeable base-level hum. But for me hum is like a sonic brick wall that prevents me from hearing into a mix. Also the character of the hum or noise can, and for me often does, affect the entire spatial presentation, reducing or sometimes eliminating depth cues and the subtle low-level details that make a great system sound truly great.

For me one of the hallmarks of a great audio system is its silence. If a system hums it is, to a greater or lesser extent (directly related to the amount of noise), flawed and perhaps even defective. And unfortunately, teaching it the words isn't an option.