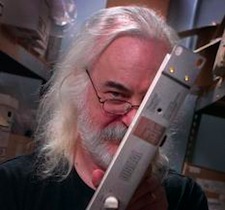 Nelson Pass is one of the world's most famous audio engineers (if any audio engineer can be called famous compared to, say, Lady Gaga.) Known for his work on brands including Adcom, Threshold, Pass Labs and his side project - First Watt, Pass has a perspective on the specialty audio business that few others possess. AudiophileReview.com wanted to know what Nelson was up to and what he thinks about the latest trends in audio.

NP: Being able to create what you want (as a designer) and having happy customers.

AR: You've created large high-power multi-stage balanced differential amplifiers and very simple minimum parts-count minimalist single-ended amps. Most designers stick with one concept and run with it for their entire career - how did you come to use such a varied approach to your amp designs?

NP: You will see a conceptual thread running through my amplifiers - good parts running heavy bias currents with minimal (or no) feedback.  For the past 40 years the trend has been toward simpler circuits.

In 1975 the Threshold 800A was a five-stage amplifier sporting a triple series / triple parallel / triple Darlington output stage and a dynamic bias circuit.  By 1998 the Pass X1000 delivered a high quality kilowatt with only two stages.  Currently I have a couple of amplifier projects with only one transistor.

It's understandable why designers stick with "one trick."  The market is conservative, and success with a particular approach creates economic pressure for more of the same.  I deal with this by evolving Pass Labs product gently, and by venting excess creativity into DIY projects and my "toy company" First Watt. 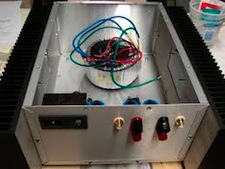 AR: In 2011, have we reached a point where amplifiers won't be getting much better or does amplifier design have a long way to go towards perfection?

NP: There is progress to be made, and the necessary tools are already on the table.  From a strictly objective standpoint we are largely finished - adding more zeros to the usual distortion numbers isn't going to improve the sound very much.

What remains is the need for clearer insight into subjective effects.  Our brains are very much different from test equipment and are easily fooled by some phenomena and very sharp at discriminating others.  Reading the literature in cognitive psychology, it's clear that we don't know very much about musical perception.

As a practical result we have to emphasize critical listening with potential designs.  The necessary tools for this are experienced ears and perseverance.

AR: Can amplifiers have a "personality" outside of a particular system or does a system determine an amplifier's sound?

NP: Like people, audio components either complement each other or not.  Most of the customers we talk to are concerned about choosing pieces that get along well together - for example they often get a tube preamp to warm up the sound of their system.

The dance that amplifiers and speakers perform is the most crucial factor.  When people ask me what amplifier I recommend, the first question I ask is "What speakers do you have?"

Anyone buying high-end components should listen to them in their own system, in their own environment and with their own time, otherwise it can be an expensive gamble. 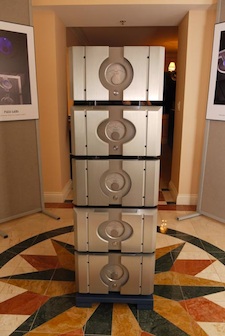 AR: What is your personal favorite amp that you've designed and why?

NP: There is a best amp for a given customer and environment, but none that is best for all.  Setting aside the interactions between components, there is a big difference in listener expectations between live venues, car audio, home theater, and two channel.

I work with two-channel, and there is more diversity relating to cost, types of music, customer taste and so on.  We make products that we personally like, assuming that they will appeal to a reasonable percentage of the customers out there.

(Of course the real answer is:  my favorite amplifier is the one I'm working on at the moment.)

AR: Shifting to preamps, do they require or need fundamentally different circuits and design considerations than power amplifiers?

AR: Wayne Colburn designs our preamplifiers.  They are different enough to require another designer, someone who thinks about preamps and is not distracted by power amps.

At first blush a preamp looks like a tiny power amp, but when you get into critical listening with different designs it becomes apparent that they have their own sets of issues.  Line stages are difficult enough, but phono stages are another beast altogether.

Of course the development method is very similar.  Wayne designs a circuit using theory, intuition, and measurement and then he listens to it.  Then others critically listen to it in different systems.  Then he plays with the design and repeats the process.

It takes a lot of time and energy. 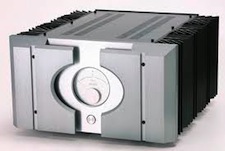 AR: What's your position on passive versus active preamps?

NP: You'd think that a minimalist switch and variable resistor in a box would be as good or better than active stages, but often it is not.

Some of the issues are well understood; for instance if the resistance value of the potentiometer is low, the source can have bass issues due to the output coupling capacitance and higher distortion due to greater load current.  At the other extreme, if the resistance is too high it can create distortion and high frequency issues by presenting a high source impedance to the power amp.

Then there are things that don't show up in the usual measurements and we simply observe that the active circuit sounds better than the passive.

I file these under "How About That".

NP: They are different.  I make linear amplifiers with an intrinsic character that depends minimally or not at all on negative feedback.

Class D amplifiers are switches with tons of feedback.

It's amazing they work as well as they do. 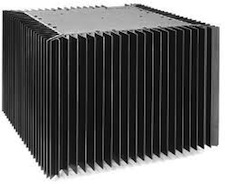 AR: Will You Recount The Story of How The Adcom GFA-555 Got its name

NP: I imagine that Alec and Rob had a couple beers and asked, "What shall we call this Great Fucking Amplifier?

AR: What's next on your plate for future projects?

NP: Wayne just finished work on the XP30 line stage, which in addition to the plus-ultra gain stage has a couple of features which I requested - two separately adjustable sets of outputs for bi-amping and enough gain and voltage swing to function as the front end for power output stages up to about 400 watts.  I have a few prototype "unity gain" power amplifiers that will mate well with this...

At the past two CES we have shown the "concept amps" which will be our largest Class-A offerings at 300 watts. They are also the largest and heaviest amplifiers we've made.  They will be available this fall and represent some new tweaks we have in mind for future products.

First Watt has some cool new toys - a special type of depletion-mode power Jfet known as a static induction transistor (SIT), also called a VFet.  Invented in Japan in the early '70's, these were first made by Yamaha and Sony and enjoyed brief popularity in specialized power amplifiers.  Subsequent SIT devices have been mostly seen in radar systems.

Where regular Fets have a characteristic that mimics pentode tubes, the Vfet / SIT has a triode-type curve that allows for very good performance without feedback or degeneration.  Unlike tubes, they operate at voltages and currents appropriate to loudspeakers without output transformers or cathode heaters.  Last year I had a special run of these rendered in Silicon Carbide (SiC) by SemiSouth, and have spent this year evaluating circuits.

Lastly, this my fortieth year doing audio projects for the DIY audio community which should see the release of "The Beast With a Thousand Jfets", "Burning Amp #3" and "BOB - the Big Open Baffle Project".

It's a busy year.