Is Used ALWAYS a Better Value than New? 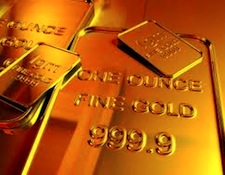 Anyone who considers himself or herself a frugal audiophile has probably purchased a certain percentage of used gear. I know I have. We do it because used gear is usually less expensive than it was when new (there are some exceptions such as vintage tubed gear that begins with the letter M) and promises to be a better value.

But is that always true?

I maintain that there is a direct relationship between the rapidity of innovation in a product category and the value of a used component. The faster a technology evolves, the steeper the depreciation curve for used models.

CD Players, DACs, and other digital components have had the most rapid and steady innovation for the past decade at least. As a result, used digital components are only a good value if they can be had for a deep discount compared to new models. And the used examples also must be priced so their performance meets or beats current new offerings available for the same money; otherwise they aren't any better value than buying new.

No matter how heirloom quality a DAC's case may be, if the electronics inside the fancy case can only handle up to 48/16 digital files, its price will need to be deeply discounted to make it into an attractive purchase.

Amps and preamps are by far the best used value component type. And while a ten-year old power amplifier might not be quite as good as a manufacturer's current offerings, the performance discount is far less than the monetary one - used amps and preamps can be as much as 50% less than their new equivalents. Out of production, orphaned (the manufacturer is no longer in business), or vintage components can and should be even more deeply discounted. But with older gear you must factor in refurbishment and repair costs into any estimate of their final "landed" price. I recently purchased an Accuphase C-200 preamplifier on Ebay for $315. Refurb cost is going to run just shy of $400. With shipping costs, the final tally will be around $800. But when finished I hope this C-200 will prove to be superior to any new preamp I could buy for the same money.

And That's what value means to me...