Hot Fun in the Summer 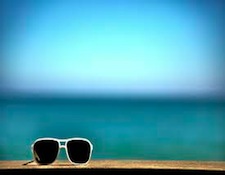 Two weeks ago we had the first day this year when the temperature broke 100 degrees Fahrenheit. That has always been the signal that the hot part of summer has begun. It's also a time when sales of most audio gear used to drop to a trickle. In the old days the Summer CES was held in June so manufacturers could take orders for the fall season, because there was nothing going on between June and September.

But personal and computer audio have changed that. During the dog days of summer, when even the most crazed audiophile is loathe to crank up their tube or class A- solid-state power amp, you can still listen to music through a great pair of headphones without adding to the room's temperature, And portable gear is getting so good...for $1000 you can buy a headphone/amp combo than will equal most $5000 room-based speaker/amp pairings.

But what if you want to listen to your big room rig? If you are using tube or class A power amplifiers, the heat of your system added to mother nature's bounty means that you are going to be hot and sweaty or your air-conditioner will be working overtime. Some audiophiles even resort to listening sessions at 2:00 AM when both the heat and electricity rates are at their lowest.

One alternative is to have some "summer power amps" in your gear arsenal. I keep a trio of Bel Canto M-300 power amps just for summer use. A second alternative, which I employ in my desktop system, is using a pair of powered speakers rather than passive speakers coupled to a power amplifier. The AudioEngine 5+ speakers generate quite a bit less heat that the pair of April Music Eximus S-1 monoblocks that I regularly use. Too bad I can't figure out a way to reduce the heat output from my MacPro desktop computer, which throws out just the right amount of heat in the winter, but in the summer it's like working next to a small space heater.

Perhaps it's time for a "summer computer" to go with the summer audio gear...