Are All Channels Created Equal? 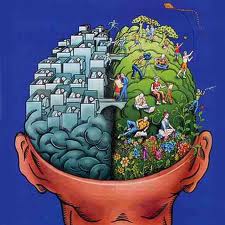 Since the early days of multi-channel music it's been standard practice to recommend that all channels in a multi-channel system have the same power capabilities. Buy a five or seven-channel receiver or amplifier and except for a few exceptions all channels will have the same power capacity. And while this is the "best practice" in terms of making sure that the side and back channels perform at the same level as the front channels, does it really make sense if your goal is the best possible sound for a given sum of money?

During the last couple of months I've spent quite a bit of time with my front channels off turned off to see exactly what's coming from my surround channels. On a majority of sources - satellite TV, music, and even movies, your surround channels don't do very much, if anything. And even when they are called upon for bullet ricochets and explosions the surrounds are generally at much lower levels than the front channels (and yes this is AFTER proper calibration). So do they really need the same level of amplification as the front channels?

In my smaller multi-channel system I'm currently using three Krell S-150 monoblock amplifiers to drive the front channels. But I'm using an Adcom 535 II for the side surrounds and an Adcom 535 for the rear surrounds. My front channels cost $2500 per channel while my rear channels run around $125 per channel. That's quite some difference. By not using matching Krell S-150 amplifiers on my rear channels I saved $10,000 that I can now spend on other parts of my system.

Now let me make it clear I'm not saying that it doesn't matter what quality of amplifier you use on your rear channels. It matters. But given the huge price gaps but far less gaping performance gaps between gold-standard gear such as Krell and performance-oriented gear such as Parasound or Rotel think it makes good sense for anyone with a fixed budget to look at using more cost-effective amplification for side and rear surround channels.