I am the co-caretaker of nine cats. During the years, their companionship has been priceless, which is a good thing since they've cost me plenty in trashed gear. 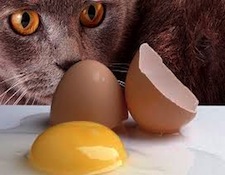 How about the time I discovered that two of my borderline feral Maui kittens had tried, several times, to scale the front of My Dunlavy SC VI speakers. They managed to spare the tweeters, but almost every other driver had at least one puncture mark. I fixed the drivers and made a pair of cat-proof speaker covers out of cardboard. Problem solved. Cats climb. Dummies forget cats climb.

Amps, especially class A/B amps idle at the ideal temperature for a cat siesta. So it was one afternoon that a cat who was fond of sleeping on warm amplifiers, woke up, heaved into the amp, and sauntered off. I became aware of the problem later that day when I noticed a peculiar smell AND one channel of the amplifier failed, necessitating and inspection whereupon I discovered the source of the smell and the channel outage. The amp was on loan. That was an interesting phone call to the manufacturer. "Cat WHAT?" Oh, well we all know it could have been worse, much worse. Two words, "Cat pee."

I once owned a 1965 Fender Deluxe Reverb. For several years it was on-loan to a friend who had a male cat who, for some reason, took offence at the smell of my amp and decided to mark it as his own. When came home even I noticed the smell. I had to replace not only the speaker grill fabric, but also the plywood speaker baffle, and speaker itself; all were completely soaked through.

Not being a dog person, I don't have any dog horror stories to share. I'm sure some of you "dog people" do, so feel free to add stories to the comments.

The one thing I do know about big dogs, is that they are BIG. And when big strong dog meets slender floor-standing speaker, invariably the speaker looses, sometimes big-time.

Of course animals are no better or worse than humans when it comes to trashing gear...and then there's entropy and obsolescence.