An Interview With BSC's Bret D'Agostino 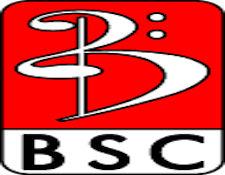 To any audiophile the name D'Agostino is highly recognizable and one that means quality equipment and innovative products. I recently had the pleasure of interviewing Bret D'Agostino, the oldest son of the renowned designer Dan D'Agostino. Bret's company, BSC Audio is a manufacturer of Class A amplifiers and soon to be preamps.

Bret cut his teeth in audio working alongside his Father at Krell, the company Dan helped found. In the 2009 time frame both Dan and Bret left Krell and shortly after formed Dan D'Agostino Master Audio Systems. This was borne by a concept of what Dan and Bret liked about audio and what they did not. This collaboration led to the smaller, more compact and visually elegant Momentum Amplifier that now carries the Dan D'Agostino name. However, eventually Bret came to feel like the time was right to strike out on his own. As he puts it "I was forty one or forty two years old and I felt like if I was going to do something on my own this was probably the right time to do it."

His decision to go on his own also included his desire to create a product that as he puts it "brought the magic back into audio." Accomplishing this was a clear path for Bret. He would start by developing a line of Class A amps. "I've heard thousands and thousands of audio systems in my life and there were a handful that really stood out for me. And most of those systems were composed of big, Class A amplifiers." He added "those systems, for some reason, were the ones that imprinted a very specific presentation in my soul." Once this decision had been made, Bret, and BSC Audio were moving forward.

Bret also realized that while Class A amps have long been known for their remarkable sound, there were also design compromises. Large physical size, high heat output and high current draw were chief among these compromises.

"Unfortunately, with Class A, there's no way really to get around heat" was his response to my question regarding operating temperature. In order to address the subject he looked at the cause of heat in Class A. "External heat sinks, are to me a nightmare" was the first obstacle to consider. In addition to causing as he put it, "painful scars" from moving amps with external heat sinks, they also outwardly radiate an "amazing amount of heat." Bret's solution was to optimize his own heat sinks and move them inside the enclosure. He then designed a "massive output stage I could fit between the heat sinks." This allowed the overall enclosure size to be somewhat smaller but not compromise the overall cooling of the circuits.

HIs next area of interest was the bias itself. He told me "I remembered for many years people had switches on their amplifiers for Class A and Class AB. I also remembered that when you pressed that button there was almost no difference in sound." 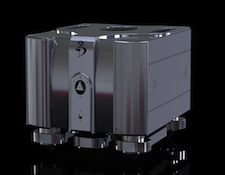 Bret's design philosophy is to have a product tailored to the task. For instance, he believes that for most home theater Class A is not required. So for those types of applications he noted "I thought it would be interesting to just turn the bias down to where the distortion characteristics of the output stage are within reason." Again, drawing from his past, he reasoned "what if I made it, like 25%, 50%, 75% and a 100% Class A." After some trial and error he settled on what he calls an "ECO mode, which pretty much takes 90% of Class A out of the circuit." This allows the amp to have a wonderful sound and yet stay relatively cool to the touch.

He also incorporated a 50% mode that allows for activities such as casual listening, a dinner party or any function where dedicated listening is not the main objective. In this mode "it does throw off heat but it is not nearly as much as when it is in full Class A." In the 50% mode, the sound is better than when operating in ECO mode. In full Class A there is heat but it is "basically funneled upwards and there is very little heat on the sides and the back." And in full Class A the sound qualities that Bret so desires are delivered to their full potential. Another benefit this configuration provides, in addition to managing the heat, is to reduce the power consumption. "Again, that is why it makes so much sense to have access to the bias control on the front of the amplifier and have it be a prominent feature." He called a Class A amplifier that can be energy efficient an oxymoron. But in very literal terms the bias switch on the front of the enclosure allows that to take place. The power consumption in the standby mode is very minimal- actually less than 2 watts. Hardly what is typical for a traditional Class A amplifier. This allows the amp to be rather user friendly when not in use.