A Straight Wire With Gain 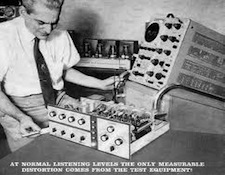 Stewart Hegeman, who designed the original Harman Kardon Citation line of electronics and one of the first omnidirectional speakers (for Eico) is credited with coming up with the saying, "A straight wire with gain." I've always understood it to mean that the ultimate goal of a high-performance audio system was to sound as if the music was passing through nothing except a wire and some way to control gain. Of course when Hegeman came up with this expression it was assumed that wire didn't do anything to the sound. Over the subsequent years we have been found that even wire has some influence on how things sound. Some would even say a BIG influence.

But I've noticed that some audiophiles see "straight wire with gain" as a rallying cry to find, buy, or build audio gear with the simplest circuitry, least number of parts, and shortest possible signal path. And while I've heard some gear with very simple circuits that sounded great, such as the Nelson Pass designed single-ended class-A power amplifiers, generally the very simple systems I've experienced are good, but not great, because they usually don't handle frequency extremes as well as they handle the midrange. 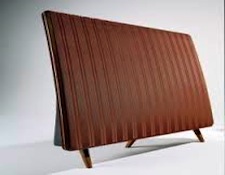 But for some people a great midrange trumps all other considerations - hence the number of Quad ESL57s still in service. I've owned QUAD ESL 57s, and except for a few "magical" combinations, such as pairing them with Marantz Model 9s in triode mode, getting any sort of bass extension will require a crossover, subwoofers, and the other stuff (like extra cabling) that goes along with adding subwoofers. That is not a simple system. And if you want some high frequency extension you wind up with something akin to an HQD system, which is decidedly more complex than the basic Quad ESL57 system you started out with.

So for most practical purposes the expression "straight wire with gain" is an ideal or a concept, not a design recipe. But how do you tell how close you've gotten to this ideal? Simple - you do A/B bypass tests. J. Gordon Holt was very big on A/B bypass tests. And what is an A/B bypass test? It's a listening test where you can easily insert and then bypass a component in the signal chain. The ultimate goal is that you hear absolutely no difference when the component is in the signal chain verses when it has been bypassed. As I've learned over the years, very few preamps or cables pass this test.