The Golden Age of Audio - Did You Miss It? 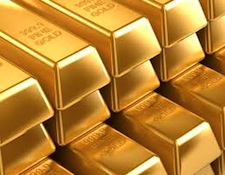 There was a thread recently on Audio Asylum recently that claimed that the "Golden Age" of audio was sometime in the past. Some posters put the GA in the 50's, some in the 60's, others in the 70's or 80's. Having lived through most of these so-called "Golden Ages" I beg to differ. We are in the Golden Age right now.

Don't believe me? OK. Name a vintage headphone, speaker, DAC, power amplifier, preamp, or turntable that offers superior measured and audible performance to current top-performing components. It will be a VERY short list...and then there's computer-based audio. Many audiophiles have mothballed their CD players and transports because they can get better sound from a CD that's been ripped into a computer than from playing back the original CD.

Except for the FM radio comparison, I feel that what's available today in the way of hardware is worlds better than what we had in the past. No, I don't include 128 BPS MP3s as part of the rise in audio quality, but I would rather listen to a 320 BPS MP3 than a Dolbyized commercial cassette recording.

So, as far as I can see you haven't missed a thing. We are in the Golden Age of audio right now, so enjoy...