How Big is Your Listening Window?

Stereo imaging and dimensionality are aural allusions created when two speakers placed so that they form a roughly equilateral triangle with speakers at two of the three points and the listener at the third. We all know that right? But what determines the size of the listening window?  Is there any way to increase (or decrease) the size of a listening window through speaker placement? 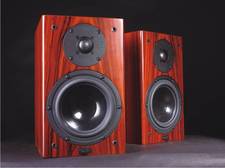 I suppose before we delve into these questions of listening window size we should define what a "listening window" is. The broad definition is the area where a listener gets all the necessary aural information to form a complete stereo image with soundstage. Obviously headphone listeners never have to worry about whether they are in the their listening window's "sweet spot" because by their design, with headphones you are ALWAYS in a listening window. 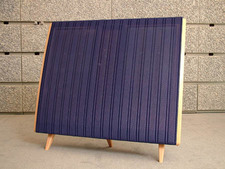 After many years of listening to all types of speakers in a myriad of rooms I've come to expect speakers to have differently-sized listening windows. Take the classic Quad ESL57s electrostatics - they are known to have a small listening window that, when set up optimally, has room for one regular-sized human. If two listeners wanted to enjoy the same image they needed to sit so that the second listener was directly behind the first, in what is usually referred to as "a stereo choo-choo train." 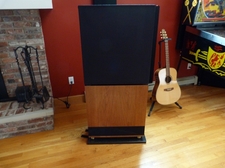 Other speakers, such as the original Snell AIII, had a very large sweet spot, but due to their placement requirements, the focus and specificity of the elements within their soundstage wasn't nearly as specific and focused as through Quad ESL 57s. And then there are small two-way monitors, such as the Aerial Acoustics 5B whose sweet spot can be adjusted with toe-in and placement. Actually many speakers' sweet spots can be expanded or contracted through placement, but there is a point where either the center-fill will collapse (if placed too wide) or become congested (if placed too close together.) And finally if you can't stay still when listening, but still want precise imaging there are the Omni-directional designs from MBL, which produce a sweet spot so large that almost encompasses the entire room!

At the 2015 Rocky Mountain Audio Fest I had an opportunity to experience something that in all my years of listening to room-based stereos I had never happened before - I listened to a system whose listening window was so small that it seemed narrower than my head! Now you're probably envisioning what system could create a window so miniscule that I could, by merely shifting my weight while seated from right to left, cause the image to move drastically from the right to the left. I bet that many readers assume that it's probably a small system, perhaps set up nearfield. Well, it wasn't. No, the system that produced a window that was so small that only by holding my head absolutely still in a fixed position could I get a complete and centered image was one of the largest speaker systems at the 2015 RMAF show - the Martin Logan Neolith speakers in the EMM Labs room. 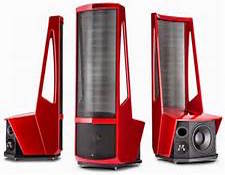 Since I had never heard the Martin Logan Neolith speakers before I don't know if the hyper-tiny listening window was a innate to their design or a result of that particular set-up, but it was amazing to be able to shift the image abruptly from right to left merely by sifting my weight from one haunch to the other. I'm looking forward to hearing the Martin Logan Neoliths again in another set-up to hear if they also produce a Lilliputian-sized listening window.

Unlike headphones, where every listener has the same listening position regardless of where they are standing in a room, with a room based system the physical relationship between the two speakers, room acoustics, and you has a profound effect upon the imaging and size of the sweet spot. And this ropes us back to my opening question - how big is your listening window?