A House Brand in Your Home?

At one time the vast majority of high-performance, high-value hi-fi gear in the United States didn't come from China, or Japan, or even Europe, it came from Sears, or Lafayette and Allied Radio, or Radio Shack. And entry-level gear didn't have exotic brand names such as Fiio or V-Moda; instead Realistic and Knight-kit populated many young audiophiles first systems. 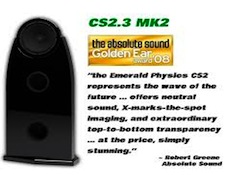 Back in "the day" most retailers, whether in electronics, white goods, or apparel had their own "house-brands" of products, which were sold exclusively by a particular store. From a retailer's perspective house brands were gold - with higher margins (no distributor, rep, or other middleman costs) and no downward price pressure from other retailers carrying the same items.

And while you can still find house brands at major department stores like Macy's, most house brands have given way to super-discounted designer labels (most of which are merely house-brand quality with fancy names on the label - think Kohls.) In consumer electronics house brands have gone away primarily because the stores that created them have vanished or shrunken down to mere shadows of their former selves. 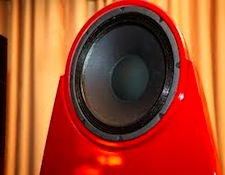 But the concept and basis for house brands is still valid - offering an exclusive high-value product can drive sales. If you want a current example of successful high-value house brand products look at Underwood Audio's Emerald Physics brand of loudspeakers and electronics. Created on commission for Walter Leiderman, all of the Emerald products were especially made for Underwood by OEM manufacturers. If you want to buy Emerald Physics audio components, there's only one place to buy them - from Underwood.

The primary disadvantage of house brand audio products for a consumer is the limited distribution of the product means that repair support may be more difficult as there will be only one source for parts, and that source may or may not have the parts and resources to do out-of-warranty service. Also if someone other than the retailer tries to do repairs, repair manuals and parts lists may not be as readily available for independent service centers as with major brands. 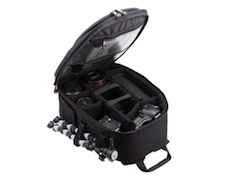 Recently Amazon began offering their own house brand products under the auspices of "Amazon Basics." I've bought several of their "Amazon Basics Backpack for SLR/DSLR Cameras and Accessories - Black"  which are exactly the same design and quality as the Agfa branded backpacks I had discovered and bought on Ebay several years ago to hold my expanding camera collection. Except for the different logos on the zipper pulls the bags are identical, obviously sourced from the same OEM factory.

Given Amazon's and Underhill's (merely two examples) successful forays into house brands I suspect that they will be with us for quite a while longer, which for savvy consumers who think for themselves and don't need a well-known designer or major label on an item to feel secure in their purchase's value, is a very good thing.